Part of the Boudica Series

From THE SUNDAY TIMES bestselling author Manda Scott, this is the final, heart-rending instalment of the magnificent retelling of the life of Britain's great warrior queen. Fast-moving action, spine-tingling battles. Wonderful -- KATE MOSSE The tragic warrior queen, Boudica, is brilliantly realised. Her battles against Rome - the superpower of its day - are both heart-rending and magnificent -- DAVID GEMMEL I can't find a word to describe these books they are just completely.....amazing -- ***** Reader review Amazing writing, spell-binding, transporting... -- ***** Reader review A world I didn't want to part with -- ***** Reader review The whole series is absolutely brilliant - could not put them down -- ***** Reader review ************************************************************************************* BRITIAN HAS PRODUCED MANY FIERCE, NOBLE WARRIORS DOWN THE AGES WHO HAVE FOUGHT TO KEEP BRITAIN FREE, BUT THERE WAS ONE FORMIDABLE LADY IN HISTORY WHOSE NAME WILL NEVER BE FORGOTTEN... AD 60: The flame of rebellion that has been smouldering for twenty years of Roman occupation has flared into a conflagration that will consume the land and all who live in it. There is no going back. The Boudica has been flogged and her daughters raped, and her son has burned a Roman watchtower in an act of blatant insurgency. This is the time to act: the Roman governor has marched his legions west to destroy the druidic stronghold of Mona, leaving his capital and a vital port hopelessly undefended. But to crush the legions for all time, Boudica must do more than lead her army in the greatest rebellion Britain has ever known. She must find healing for herself, for the land - and for Graine, her eight-year-old daughter, who has taken refuge on Mona. Is revenge worth it under any circumstances, or is the cost more than anyone can bear? Colchester is burning and London is lost without hope. Amidst fire and bloody revolution, the Boudica and those around her must find what matters most, now and forever. 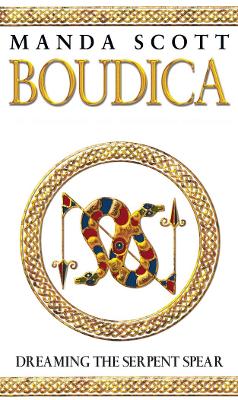 Manda Scott began writing while still a veterinary surgeon. Her first novel, a contemporary crime thriller, Hen's Teeth was shortlisted for the Orange Prize. Subsequent thrillers are Night Mares, Stronger than Death and No Good Deed, for which she was hailed by the Times as'one of Britain's most important crime writers'. Having served her writing apprenticeship, she went back in time to write the Boudica series, of which the first three books, Dreaming the Eagle, Dreaming the Bull and Dreaming the Hound , are also available in Bantam paperback. Along the way, she has moved from the lands of the Eceni (...