Part of the ITCH Series

After almost poisoning his whole class with arsenic gas, going on the run from a psychotic science teacher and nearly dying of radiation poisoning, life is getting back to normal for Itchingham Lofte - at least, as normal as it can be when you have a round-the-clock detail of government security guards watching your every move. But sinister forces are still hunting for Element 126 and will stop at nothing to find out where Itch has hidden the precious radioactive rocks. With the help of his sister Chloe and his tomboy cousin Jack, Itch has to put 126 beyond the reach of unscrupulous scientists and international terrorists forever. It's time to save the world. Again. The second book in the explosively exciting ITCH series. 'A great debut. You'll be itching to read more.' Anthony Horowitz

Mayo's story about the misadventures of a 14-year-old science nut, Itchingham Lofte, whose experiments result in exploding dustbins and mass puking over teachers , soon had 150 pupils erupting in spontaneous applause. By the time he wrapped things up 40 minutes later, every child wanted his autograph and the queue snaked around the hall. * Evening Standard * With its explosive mix of action and adventure, chemistry lessons will never be the same again. -- Sarah Kingsford * Daily Express * This fantastic book keeps you guessing at every turn and gives you some interesting facts about physics and chemistry. -- Young Reviewer, Daniel Wood * First News *

Simon Mayo is one of Britain's best-loved and well-known radio presenters. He has worked on BBC radio since 1981 and is now the presenter of 'Drivetime' on BBC Radio 2, which features the regular 'Book Club' show. He is also the co-presenter of Kermode and Mayo's Film Review on BBC Radio 5 Live. In 2008, Mayo was recognized as the radio broadcaster of the year at the 34th annual Broadcasting Press Guild Awards and the Speech Broadcaster of the Year at the Sony Radio Academy Awards. To find out more about Simon and his ITCH books go to www.itch-books.co.uk 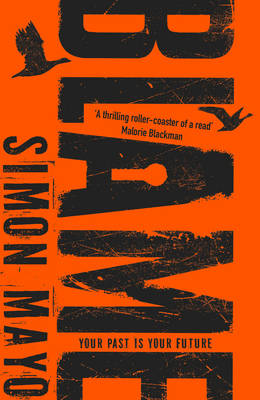 View All Books By Simon Mayo