When Georgiana Gregory and her maid, Kitty, make the long sea journey from their native Hull for New York, they hope to begin a new life in the freedom of the newly-formed United States of America. Georgiana wants to escape from the confines of English life, and to savour a land of emancipation and opportunity. But in New York, she encounters a man passing himself off as a local mill-owner's son, Edward, who has abandoned Georgiana's sister and fled to America. Georgiana recognises the man standing before her as Edward's valet Robert - Edward himself appears to have vanished. As Georgiana and Kitty pursue the adventures of the frontier, and Edward tries to flee his enemies, the dangers of this new country seem too much to cope with. If you've liked books by Katie Flynn and Dilly Court, you'll love Val's heartwarming stories of triumph over adversity.

Since winning the Catherine Cookson Prize for Fiction for her first novel, The Hungry Tide, Val Wood has become one of the most popular authors in the UK. Born in the mining town of Castleford, Val came to East Yorkshire as a child and has lived in Hull and rural Holderness where many of her novels are set. She now lives in the market town of Beverley. When she is not writing, Val is busy promoting libraries and supporting many charities. In 2017 she was awarded an honorary doctorate by the University of Hull for service and dedication to literature. Find ... 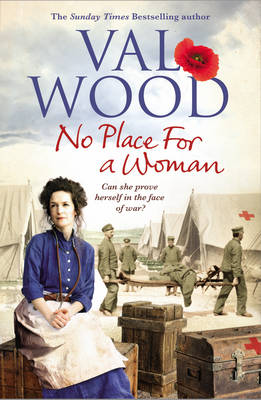 View All Books By Val Wood