'There is an icy, dispassionate grip to Jungstedt's writing that recalls Henning Mankell' Metro The first body they found was the dog. The poor creature's throat has been cut, and one paw severed completely. Then they found the body of the woman. She had been stabbed, again and again; she was naked, a piece of cloth had been stuffed into her mouth. The picturesque holiday island of Gotland is in the middle of a busy tourist season when the young woman is discovered murdered. Suspicion falls on her husband - the couple had been seen fighting the evening before. Inspector Anders Knutas is hoping it will be a straight-forward case; the local authorities are hoping so too, but more out of an interest in protecting the tourist trade than any desire to see justice served. Then another victim is discovered, again she is a young woman and she has been murdered in the same chilling manner. Inspector Knutas must face up to the horrifying prospect that there is a serial killer loose on the island. Knutas, aided by investigative journalist Johan Berg, begins to piece together the tragic history that unites the two victims, and alarmingly points to more murders to come. The killer remains unknown, moving freely, unseen, on the island. All that is clear is that the two victims are just the beginning, unless Knutas and Berg find the killer before he strikes again. 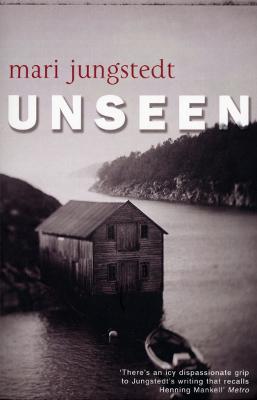