Set largely on the Essex coast before the war, Matt, Guy, and their young cousin Lizzie meet up for holidays and bum around in an old boat. Guy is the eldest, handsome, skilled at everything, a tad selfish. Matt is quieter and has a crippled right arm. Lizzie adores them both, to the extent of putting up with being sea-sick everytime they go out in the old boat and continually getting bashed on the head by the sail. These are idyllic days of sun, and sea, the golden era of the thirties. Lizzie's father is a doctor and, as the thirties progress, they take the daughter of a Viennese colleague into their home, a Jewish girl called Anna, who is miserable and hates England, and misses her Jewish family and friends. The fifth child to join them is Otto, son of a German diplomat, reared in the best traditions of the Hitler doctrine and destined for the army. These five have a tense and highly involved relationship as they grow up. Anna is resented by the English boys but one of them eventually comes to love her. Otto's relationship with her is more complicated. She is, after all, a Jew. They have one wonderful day together when somehow their rivalries are forgotten as they fight the sea in the little ship, and when they all write their names on the mast. Then the world explodes into war and they all go their separate ways. They all meet again at Dunkirk. Anna getting out from France at the last moment with the help of Guy, Otto as part of the victorious Reich, and Lizzie and Matt taking the little ship over to save them from the beaches. It is strong, wonderful, atmospheric, romantic with intriguing characters, all involved with each other in love/hate relationships. 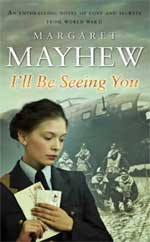