Part of the The Indranan War Series

After the Crown Synopsis

Former gunrunner-turned-Empress Hail Bristol was dragged back to her home planet to fill her rightful position in the palace. With her sisters and parents murdered, the Indranan empire is on the brink of war. Hail must quickly make alliances with nearby worlds if she has any hope of surviving her rule. When peace talks turn violent and Hail realizes she's been betrayed, she must rely on her old gunrunning ways to get out of trouble. With help from an old boss and some surprising new allies, she must risk everything to save her world.

After the Crown Press Reviews

After the Crown continues the saga of a heroine who's the Princess Leia/Han Solo mashup of your dreams -- B&N This series has exemplified political plotting as compelling as the badass heroine at its center * Barnes and Noble Sci-Fi and Fantasy blog * Wagers's exciting second Indranan War space epic keeps roaring, with plenty of action, tension, and constant interplay among the characters * Publishers Weekly (starred review) *

About K. B. Wagers

K.B. Wagers is the author of the Indranan War trilogy and the forthcoming Farian War trilogy, about the gunrunner empress Hail Bristol. They live in the shadow of Colorado's Pikes Peak with their partner and a crew of poorly behaved cats. They're especially proud of their second-degree black belt in Shaolin Kung Fu and their three Tough Mudder completions. There's never really a moment when they're not writing, but they do enjoy fountain pens and good whiskey.

More About K. B. Wagers

More Books By K. B. Wagers 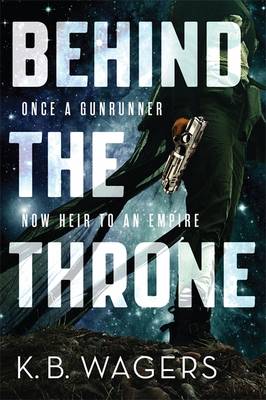 View All Books By K. B. Wagers