Part of the Licanius Trilogy Series

The Light of All That Falls concludes the epic adventure that began in The Shadow of What Was Lost, the acclaimed fantasy blockbuster from James Islington. The Boundary is whole once again, but it may be too late. Banes now stalk Andarra, while in Ilin Illan, the political machinations of a generation come to a head as Wirr's newfound ability forces his family's old enemies into action. Imprisoned and alone in a strange land, Davian is pitted against the remaining Venerate as they work tirelessly to undo Asha's sacrifice - even as he struggles with what he has learned about the friend he chose to set free. And Caeden, now facing the consequences of his centuries-old plan, must finally confront its reality - heartbroken at how it began, and devastated by how it must end. The Licanius trilogy: The Shadow of What Was Lost An Echo of Things to Come The Light of all That Falls

James Islington was born and raised in southern Victoria, Australia. An avid fantasy reader for many years, it was only when he read Brandon Sanderson's Mistborn series that he was finally inspired to write something of his own. He now lives with his wife and daughter on the Mornington Peninsula in Victoria. 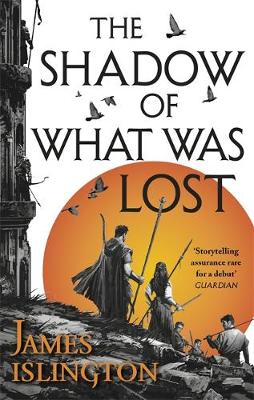 View All Books By James Islington