Deep in the City something has been woken, so old that people have been walking past it for centuries without giving it a second look!' When George breaks the dragon's head outside the Natural History Museum he awakes an ancient power. This prehistoric beast, sentry-still for centuries, hunts him down with a terrifying wrath. And this is just the beginning! The taints and spits -- statues with opposing natures -- are warring forces; wreaking deadly havoc on the cities landscape. The World War One gunner offers protection of sorts; and the wisdom of the Sphinx is legendary. But George and his companion Edie are trapped in a world of danger. And worse -- they are quite alone. The rest of London is oblivious to their plight. This epic adventure exposes forces long-dormant in the fabric of London. After entering its richly original and breathtaking world, the city streets and skyline will never again seem the same! 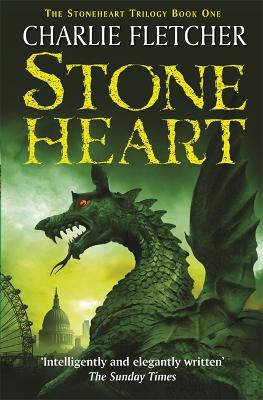 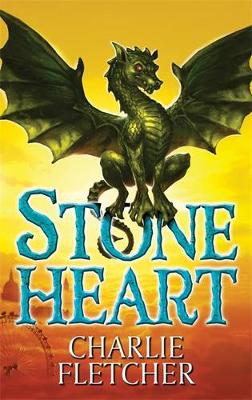 Charlie began by studying an MA in English Literature at St Andrews, Scotland. From there he went on to work for the BBC before going to the University of Southern California School of Film and Television in Los Angeles to study screenwriting. He lived and worked in America for seven more years before recently returning to live in Scotland. Charlie has written for TV, film and also done a spot of journalism now and again, before turning his hand to write Stoneheart -- his first novel for children. Charlie Fletcher lives and writes in Edinburgh with his wife, two children ...

View All Books By Charlie Fletcher