Naked to the Hangman

Naked to the Hangman Synopsis

'Andrew Taylor is a master story-teller' Daily Telegraph From the No.1 bestselling author of The Ashes of London and The Fire Court, this is the final instalment in the acclaimed Lydmouth series As a young police officer in Palestine during the closing months of the Mandate - the cradle of Middle Eastern terrorism - Richard Thornhill saw and did things which still haunt his dreams and make him fear for his sanity. Is he himself a killer? Now, when a retired police officer is found dead in the ruins of Lydmouth Castle, the past has come back to claim Detective Inspector Thornhill, and he is under suspicion of another murder. His wife Edith and former lover Jill Francis join forces in an uneasy alliance to try to help him. But there are many complications - scandalous allegations have been made about Miss Awre's School of Dancing; the Ruispidge Charity's annual dance for young people is under threat; teenagers haunt the newly opened Italian coffee bar and yearn for fumbled intimacies in the sheltering darkness of the Rex Cinema. And the Spring floods are rising higher than they have in living memory, drowning a multitude of secrets . . . 'An excellent writer. He plots with care and intelligence and the solution to the mystery is satisfyingly chilling' The Times 'The most under-rated crime writer in Britain today' Val McDermid 'There is no denying Taylor's talent, his prose exudes a quality uncommon among his contemporaries' Time Out 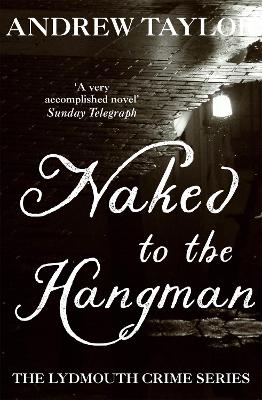