The city is the most distinctive product of modernity, but it is also its most unruly. How do we approach a culture that is both physical and imaginary, that has moulded concrete and asphalt as well as movies and novels? Cityscapes provides an innovative approach to the modern city. By arguing that the most distinctive aspect of urban life is the varied, and often conflicting, rhythms of the city, this book sets out to find ways of registering the dynamic complexity of the city. Using a range of cultural forms Cityscapes spans the nineteenth and twentieth centuries, finding vivid examples of urban movements in Edgar Allan Poe's London, in Parisian departments stores, in colonial and anti-colonial Algiers, in the North American cities of recent detective fiction, and in the virtual city of The Matrix.

'Cityscapes is itself complex and multilayered. The reader can re-enter it in different times and places to gain insights not only into the specific texts it discusses, but into ways of seeing the city. Highmore's attention to the power of dynamics of city spaces is particularly laudable...One of the best things about this book is that it examines how racialised, gendered and classed city spaces are configured and contested as well as represented and rhythmed.' - Susan Alice Fischer, Literary London: Interdisciplinary Studies in the Representation of London 'It is commendable though as a slim, engaging and thought-provoking text that rewards the trouble taken in considering its themes and arguments.' - Bryn Parry, Tourism and Cultural Change

BEN HIGHMORE is Senior Lecturer in the School of Cultural and Media Studies at the University of the West of England, Bristol, UK. He is the author of Everyday Life and Cultural Theory: An Introduction (Routledge 2002) and editor of The Everyday Life Reader (Routledge, 2002). 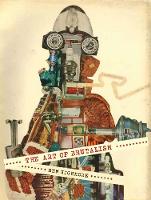 View All Books By Ben Highmore