With The Ability to Kill, first published in 1963, renowned thriller writer Eric Ambler turns his attention to true crimewith an emphasis on murder. In five essays, he presents a sampling of famously intriguing (and often disturbing) cases of the last few hundred years, including 19th-century Edinburgh's Burke and Hare, who supplied the medical school with ill-gotten cadavers; Victorian London's infamous Jack the Ripper; the Frenchman Henri Desire Landru, an early 20th century serial killer; and the Californian doctor Bernard Finch and his lover Carole Tregoff, who conspired to murder his wife in 1961. Rounding out the collection are a few pieces on lighter topics such as spies and how to spot them, and novelists in Hollywood. Though his subjects are sometimes grim, Ambler's deft touch makes this examination of homicide and other matters pure pleasure to read. 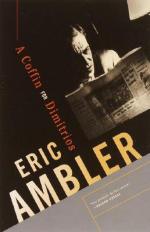