Sons of the Waves

Sons of the Waves Synopsis

A brilliant telling of the history of the common seaman in the age of sail, and his role in Britain's trade, exploration, and warfare British maritime history in the age of sail is full of the deeds of officers like Nelson but has given little voice to plain, illiterate seamen. Now Stephen Taylor draws on published and unpublished memoirs, letters, and naval records, including court-martials and petitions, to present these men in their own words. In this exhilarating account, ordinary seamen are far from the hapless sufferers of the press gangs. Proud and spirited, learned in their own fashion, with robust opinions and the courage to challenge overweening authority, they stand out from their less adventurous compatriots. Taylor demonstrates how the sailor was the engine of British prosperity and expansion up to the Industrial Revolution. From exploring the South Seas with Cook to establishing the East India Company as a global corporation, from the sea battles that made Britain a superpower to the crisis of the 1797 mutinies, these sons of the waves held the nation's destiny in their calloused hands.

Sons of the Waves Press Reviews

[A] rollicking narrative...[An] absorbing and original book...Superb -Ben Wilson, Times There is much in Taylor's book. It is interesting to see how pragmatically humane the navy could be, particularly in peacetime. -David Mills, Sunday Times (London) [A]n accessible, humanistic portrait of a life characterised by hardship and comradeship. - History Revealed Episodes [are] gripping to read and fascinating in their particulars -Ian Garrick Mason, Spectator Taylor's research, skilful exposition, and elegant integration of text, archive and image has produced a compelling account of the men who made modern Britain, one that supplants all those that has gone before. Essential reading for sailors of the open ocean and the armchair. -Andrew Lambert, BBC History Magazine If most of these men's names have seeped into oblivion like so much sea froth, Taylor has brought their experiences back to vivid and exhilarating life: he stitches together the brutality and wonder of their lives with intelligence, judgement and compassion. -Mathew Lyons, Literary Review Sons of the Waves is the heir apparent to [John] Masefield's book as the best introduction for the general reader to the lives of eighteenth-century British seamen...Using the full range of available sources, Taylor has brought out the authentic, rarely heard, voice of Jack Tar. -John B. Hattendorf, Times Literary Supplement An excellent book, combining an original approach to the subject with original research. Jack Tar, the quintessential British hero, emerges from this collective biography as a self-confident fellow, part of the collective body that sustained national prosperity, security and power. -Andrew Lambert, author of Nelson This enthusiastic account gives a vivid picture of life below decks in the era of the sailing navy. It is a classic of its kind, brimful with riotous episodes and gripping anecdotes anchored in detailed research. -Margarette Lincoln, author of Trading in War The Royal Navy had some great leaders but what made their achievements possible was the thousands of unknown and unheard-from seamen who manned these vessels. This book starts the exploration of those fascinating lives. -Sir Robin Knox-Johnston

Stephen Taylor is a writer of maritime history, biography, and travel. He has worked as a foreign correspondent for The Times, The Observer, and The Economist, and is the author of The Caliban Shore, Storm and Conquest, and Commander. 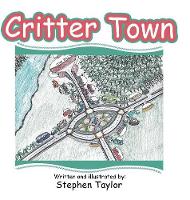 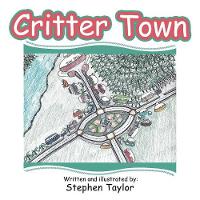 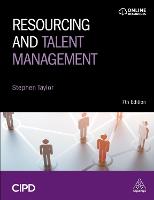 View All Books By Stephen Taylor