Movies and the Reagan Presidency Success and Ethics

Movies and the Reagan Presidency Success and Ethics Synopsis

The 1980s were unique in both American history and the history of American cinema. It was a time when a United States president-a former B-movie actor and Cold War industry activist-served as a catalyst for the coalescence of trends in Hollywood's political structure, mode of production, and film content. Ronald Reagan championed a success ethos that recognized economic and moral self-governance as the basis of a democratic society. His agenda of tax reform and industry deregulation simultaneously promoted the absorption of Hollywood's major studios into tightly diversified media conglomerates, and concentrations of ownership promoted the production and release of movies with maximum revenue potential. Indeed, the most commercially successful movies of the decade put forth the ideologies of WASP America, nuclear family self-sufficiency, and conspicuous consumption. Three genres in particular-the biracial buddy movie, the MTV music-video movie, and the yuppie movie-provide case studies of how Reagan-era cinema addressed issues of race, gender, and class in ways very much in tune with Reaganomics and the President's cultural policies. Author Chris Jordan provides a complete overview of both the influence of Reagan's presidency on the film industry and on the films themselves. Exploring 80s genres and movies with both a sociocultural and aesthetic eye, this book will be invaluable to historians, cinema scholars, and film buffs.

Movies and the Reagan Presidency Success and Ethics Press Reviews 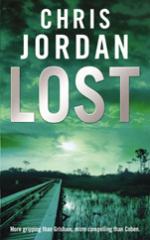 View All Books By Chris Jordan