Forged in the Dustbowl of the 1930s, in an America crippled by the Great World Recession, this humble man found solace in song, and soon those songs became the voice of the People - men and women who had seen their lives deracinated and destroyed by the vicissitudes of global economic forces beyond their control. Guthrie's influence lives on, a touchstone for Bob Dylan, The Clash and the protest singers of the Occupy movement today. With a delighted eye, and an ear for a tune, Nick Hayes's follow-up to the critically acclaimed Rime of the Modern Mariner brings a legend to life with a generous spirit and crackling moral force its subject would have been proud of. 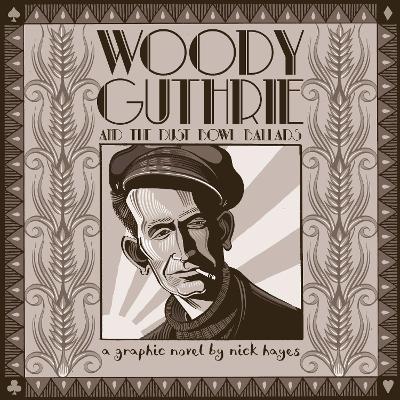 Nick Hayes is the author of The Rime of the Modern Mariner, an updating of Coleridge's famous poem, and the visual biography Woody Guthrie and the Dust Bowl Ballads, both of which are among the most highly regarded of recent British long-form comics. He has also published two collections of his short comics, Lovely Grey Day and 11 Folk Songs. He is the founding editor of Meat magazine, a periodical showcasing new writing, comics and illustration and has won two Guardian Media awards.

View All Books By Nick Hayes