From Sword to Shield

by Steven A. Bank

From Sword to Shield Synopsis

The U.S. corporate income tax - and in particular the double taxation of corporate income - has long been one of the most criticized and stubbornly persistent aspects of the federal revenue system. Unlike in most other industrialized countries, corporate income is taxed twice, first at the entity level and again at the shareholder level when distributed as a dividend. The conventional wisdom has been that this double taxation was part of the system's original design over a century ago and has survived despite withering opposition from business interests. In both cases, history tells another tale. Double taxation as we know it today did not appear until several decades after the corporate income tax was first adopted. Moreover, it was embraced by corporate representatives at the outset and in subsequent years businesses have been far more ambivalent about its existence than is popularly assumed. From Sword to Shield: The Transformation of the Corporate Income Tax, 1861 to Present is the first historical account of the evolution of the corporate income tax in America. Professor Steven A. Bank explains the origins of corporate income tax and the political, economic, and social forces that transformed it from a sword against evasion of the individual income tax to a shield against government and shareholder interference with the management of corporate funds.

From Sword to Shield Press Reviews

From Sword to Shield is a fascinating read on several levels...Which is to say, if you have any interest in tax, you need to read this book. And even if you don't have any interest in tax, if you are interested in the legislative process or in economic history (or even on the impact of war on fiscal policy), this book is for you. --Samuel D. Brunson, Assistant Professor of Law, Loyola University Chicago School of Law Concurring Opinions

About Steven A. Bank

Steven Bank is a professor of law at the University of California, Los Angeles School of Law. His research frequently uses history and finance to explore the taxation of business entities in the United States and other countries. He is the co-author of War and Taxes (Urban Institute Press, 2008, with Stark and Thorndike), Taxation of Business Enterprises (West Publishers, 2006, with Peroni and Coven) and Business Tax Stories (Foundation Press, 2005, with Stark). His work has been selected for the Stanford/Yale Junior Faculty Forum, the John Minor Wisdom Award for Academic Excellence in Legal Scholarship, and the De Brauw Blackstone Westbroek ...

More About Steven A. Bank

More Books By Steven A. Bank 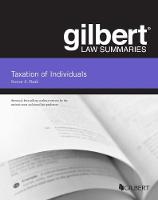 View All Books By Steven A. Bank