The Sword and the Circle

Part of the A Puffin Book Series

The Sword and the Circle Synopsis

Rooted in folklore, medieval ideals of chivalry, and the last gallant struggles of the British against the Saxon invaders, the legends of King Arthur have been told in song and story since the middle ages. The Sword and the Circle by Rosemary Sutcliff tells of the birth of Arthur, the gift of Excalibur, the forming of the Round Table and the first noble quests of its knights until the arrival of Percival . . . 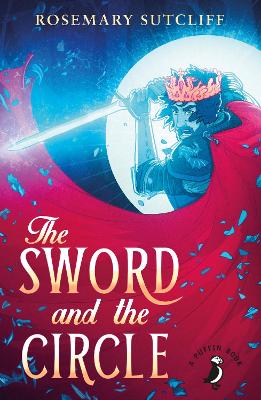 Rosemary Sutcliff was born in 1920 in Surrey. She is universally considered one of the finest writers of historical novels for children. Her first novel, The Queen Elizabeth Story was published in 1950. In 1959 her book The Lantern Bearers won the Carnegie Medal. In 1974 she was highly commended for the Hans Christian Andersen Award and in 1978 her book, Song for a Dark Queen was commended for the Other Award. In 1975, Rosemary was awarded the OBE for services to Children's Literature and the CBE in 1992. She died in July 1992.