The year is 1348 and the first plague victim has reached English shores. Panic erupts around the country and a small band of travellers comes together to outrun the deadly disease, unaware that something far more deadly is - in fact - travelling with them. The ill-assorted company - a scarred trader in holy relics, a conjurer, two musicians, a healer and a deformed storyteller - are all concealing secrets and lies. And at their heart is the strange, cold child - Narigorm - who reads the runes. But as law and order breaks down across the country and the battle for survival becomes ever more fierce, Narigorm mercilessly compels each of her fellow travellers to reveal the truth ... and each in turn is driven to a cruel and unnatural death. 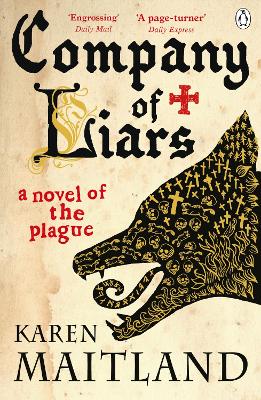 Karen Maitland lives in Lincolnshire and is the author of The White Room, which won an Author's Club Best First Novel Award.