The Dogs Of War

The Dogs Of War Synopsis

An astonishing discovery is made in the remote African republic of Zangaro, one which could change the course of a nation's history forever. But such a discovery cannot be kept secret for long and Sir James Manson will stop at nothing to protect this find. A ruthless and bloody-minded tycoon, Manson immediately hires an army of mercenaries and with this deadly crew behind him he sets out to topple the government and replace its dictator with a puppet president. But news of the discovery has reached Russia - and suddenly Manson finds he no longer makes the rules in this power game. A game in which win or lose means life or death. 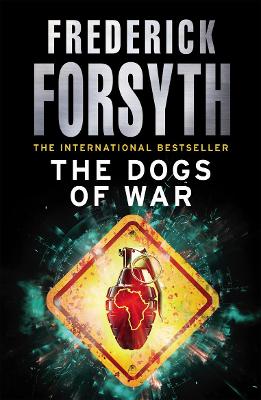 Former RAF pilot and investigative journalist, Frederick Forsyth defined the modern thriller when he wrote The Day of The Jackal, described by Lee Child as 'the book that broke the mould', with its lightning-paced storytelling, effortlessly cool reality and unique insider information. Since then he has written twelve novels which have been bestsellers around the world: The Odessa File, The Dogs of War, The Devil's Alternative, The Fourth Protocol, The Negotiator, The Deceiver, The Fist of God, Icon, Avenger, The Afghan, The Cobra and, most recently, The Kill List. He lives in Buckinghamshire, England.