WITH AN INTRODUCTION BY LYNNE TRUSS 'Stella Gibbons is the Jane Austen of the twentieth century' The Times Set in wartime London, Westwood tells the story of Margaret Steggles, a plain bookish girl whose mother has told her that she is not the type that attracts men. Her schoolfriend Hilda has a sunny temperament and keeps her service boys 'ever so cheery'. When Margaret finds a ration book on Hampstead Heath the pompous writer Gerard Challis enters both their lives. Margaret slavishly adores Challis and his artistic circle; Challis idolises Hilda for her hair and her eyes and Hilda finds Gerard's romantic overtures a bit of a bind. This is a delightfully comic and wistful tale of love and longing.

You show up a group of characters, all of whom are discontented and unhappy. Yet the feeling that comes through very powerfully is that life is wonderful, in spite of individual bitterness and frustration. -- Fan letter * Letter to Stella Gibbons from Henry Parris * Gibbons was an acute and witty observer, and her dissection of the British class system is spot-on * Mail on Sunday * Stella Gibbons is the Jane Austen of the 20th century -- Lynne Truss A wartime masterpiece * Evening Standard * Westwood captures the heart, right from its opening pages... as an account of what it was like to be an ordinary young woman in wartime London - no stockings, no chocolate, no men - it can hardly be bettered. How did it, I wonder, evade fresh new soft covers for so long? -- Rachel Cooke * Observer *

Stella Gibbons was born in London in 1902. She went to the North London Collegiate School and studied journalism at University College, London. She then worked for ten years on various papers, including the Evening Standard. Stella Gibbons is the author of twenty-five novels, three volumes of short stories, and four volumes of poetry. Her first publication was a book of poems, The Mountain Beast (1930) and her first novel Cold Comfort Farm (1932) won the Femina Vie Heuruse Prize for 1933. Among her works are Christmas at Cold Comfort Farm (1940) Westwood (1946), Conference at Cold Comfort Farm (1959) and Starlight (1967). She was elected a Fellow ... 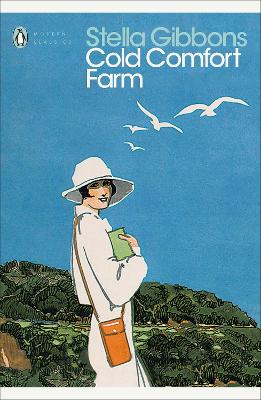