A Good and Happy Child

A Good and Happy Child Synopsis

George Davies has a problem: he can't bring himself to hold his newborn son. Desperate to save his dwindling marriage and redeem himself as a father and husband, George visits a therapist and begins to delve into the childhood memories that may be the root of his issues. Ten-year-old George, in the wake of his father's harrowing and unexpected death, is experiencing ominous visions - some friendly, others outright terrifying. Unable to control those visions, George starts to display erratic behaviour and eventually becomes violent. When a mysterious murder is ultimately revealed, the stakes are suddenly much higher for him and his family. Are the visions just the product of a grief-stricken child's overactive imagination? Symptoms of mental illness? Or is ten-year-old George possessed by a darker, more malevolent force? 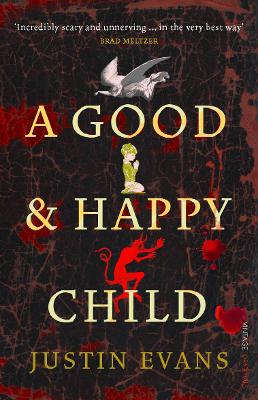 Justin Evans has worked as a film scout for Paramount Pictures and in business development at the New York Times. He received an English degree from Columbia University and an MBA in finance from NYU. He lives in New York City. This is his first novel.

View All Books By Justin Evans