The place is Ceylon, the time the 1930s. Set amid tea plantations, corruption and the backwash of empire, this is a world teetering on the edge of chaos. Sam Obeysekere is a Ceylonese lawyer, a perfect product of empire. His family, which once had wealth and influence, starts to crack open as political change comes to the island, and Sam's glamorous father dies leaving gambling debts. At the heart of the novel is the Hamilton case, a murder scandal that shakes the upper echelons of island society; Sam's involvement in it makes his name but sets his life on course of disappointment.

Rewarding, thought-provoking, witty and often disconcerting, the novel takes the reader into a world of transformations - conjuring a fiction which is tantalizingly vivid * Times Literary Supplement * Haunting, lush and delicately nuanced * Observer * Reminiscent of The Remains of the Day. De Kretser has given us the classic whodunnit wrapped up in a beautiful and tragic literary novel * Vogue * A bewitching tale...an utterly captivating blend of intellectual muscle and story-telling magic * Independent * A novel so delicious that you have to keep stopping as you read, for fear of finishing too soon -- Jane Shilling * Sunday Telegraph *

Michelle de Kretser was born in Sri Lanka and migrated to Australia with her family in 1972. She has taught English at the University of Melbourne, as well as working as an editor and book reviewer. Her novels, The Rose Grower (1999), The Hamilton Case (2003) and The Lost Dog (2008) have been published across the world and translated into several languages. The Hamilton Case was awarded the Commonwealth Writers' Prize for South-East Asia and the Pacific, the Encore Award and the Tasmania Pacific Prize for Australian and New Zealand fiction. She lives in Melbourne. 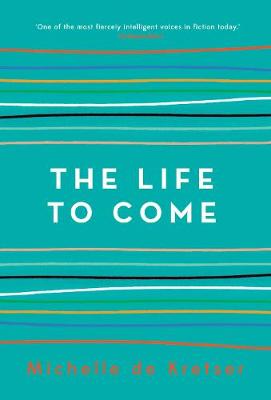