The anomaly called the Breach is the governments most carefully guarded secret.But there is another secret even less known . . . and far more terrifying.As the U.S. President addresses the nation fromthe Oval Office, a missile screams toward the White House. In a lightning flash, the Chief Executive is dead, his mansion in ruins, and two cryptic words are the only clue to the assassins motives: See Scalar.Now Travis Chase of the covert agency Tangentcaretakers of the Breach and all its grim wondersalong with partner and lover Paige Campbell and technology expert Bethany Stewart, have only twenty-four hours to unearth a decades-old mystery once spoken of in terrified whispers by the long since silenced. But their breakneck race cross-countryand back through time and malleable memoryis calling the total destructive might of a shadow government down upon them. For Travis Chase has a dark destiny he cannot be allowed to fulfill . . . 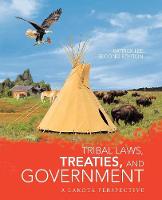 View All Books By Patrick Lee