The Hobbit & The Lord of the Rings Boxed Set

The Hobbit & The Lord of the Rings Boxed Set Synopsis

Immerse yourself in Middle-earth with Tolkien's classic masterpiece, telling the complete story of Bilbo Baggins and the Hobbits' epic encounters with Gandalf, Gollum, dragons and monsters, in the quest to destroy the One Ring. When they were first published, The Hobbit and The Lord of the Rings became instant classics. Treasured by readers young and old, these works of sweeping fantasy, steeped in unrivalled magic and otherworldliness have sold more than 150 million copies around the world. This new boxed set offers readers a new opportunity to discover Tolkien's remarkable world of Middle-earth and to follow the complete story of Bilbo Baggins and the Hobbits' part in the epic quest for the Ring - beginning with Bilbo's fateful visit from Gandalf and culminating in the dramatic climax between Frodo and Gollum atop Mount Doom and Bilbo's departure to the Grey Havens. 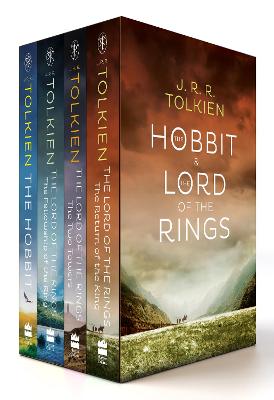 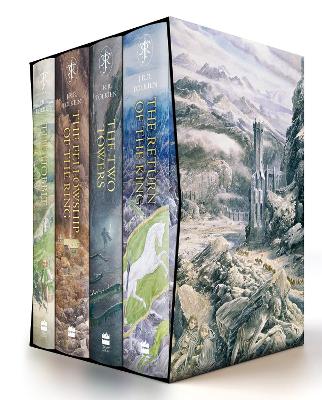 J.R.R.Tolkien (1892-1973) was a distinguished academic, though he is best known for writing The Hobbit, The Lord of the Rings, The Silmarillion and The Children of Hurin, plus other stories and essays. His books have been translated into over 50 languages and have sold many millions of copies worldwide.