No.1 international bestseller Jeffery Deaver returns with a stunning new thriller - the first in an exciting series featuring enigmatic investigator Colter Shaw. Escape or die trying... A student kidnapped from the park. Nineteen-year-old Sophie disappears one summer afternoon. She wakes up to find herself locked inside a derelict warehouse, surrounded by five objects. If she uses them wisely, she will escape her prison. Otherwise she will die. An investigator running out of time. Sophie's distraught father calls in the one man who can help find his daughter: unique investigator Colter Shaw. Raised in the wilderness by survivalist parents, he is an expert tracker with a forensic mind trained to solve the most challenging cases. But this will be a test even for him. A killer playing a dangerous game. Soon a blogger called Henry is abducted - left to die in the dark heart of a remote forest - and the whole case gets turned on its head. Because this killer isn't following the rules; he's changing them. One murder at a time... 'No one in the world does this kind of thing better than Deaver' Lee Child Deaver's most riveting, most twisty, most unputdownable novel yet' Karin Slaughter 'Deaver grips from the very first line and never lets up' Peter James 'The very definition of a page-turner' Ian Rankin 'Lightning-fast and loaded with twists' Harlan Coben 'With The Never Game you know you are in the hands of a master' Peter Robinson

'The Never Game is the very definition of a page-turner' Ian Rankin 'Terrific writing, vivid and raw, Deaver grips from the very first line and never lets up. He is, hands-down, one of the finest thriller writers of our time' Peter James 'Nailbiting' Guardian 'Deaver is a masterful storyteller and he's on top form with The Never Game' Daily Express 'As always, Deaver gets you in his stealthy grip on page one, and then takes you on a wild and inventive ride ... this time with new star character Colter Shaw. No one in the world does this kind of thing better than Deaver' Lee Child 'Masterful storytelling - The Never Game is Deaver's most riveting, most twisty, most unputdownable novel yet' Karin Slaughter 'Lightning-fast and loaded with twists, The Never Game is a thrill a minute from one of the best. Don't miss it' Harlan Coben 'Jeffery Deaver scores yet again with a fascinating new detective, Colter Shaw, and a plot as full of thrills and twists and turns as you would expect from him. With The Never Game you know you are in the hands of a master. But be warned-don't start this too late in the evening because sleep would be an annoying interruption once you've started reading!' Peter Robinson 'A twisty keep you up all night page-turner of a book with a wonderfully human core. A fantastic read' Kate Hamer, bestselling author of The Girl in the Red Coat 'A superb thriller. Twisty, ingenious and totally gripping. Colter Shaw is a fascinating, complex new character. Excellent' Will Dean 'A fascinating new character in the methodical Colter Shaw. Nothing is predictable in the case, and like a curvy mountain road, the twists are intense' Associated Press Praise for Jeffery Deaver: 'If you want thrills, Deaver is your man' Guardian 'One of the most consistent writers of clever, entertaining and often thought-provoking thrillers in the world' Simon Kernick

Jeffery Deaver is the No.1 international bestselling author of more than thirty novels, three collections of short stories, and a nonfiction law book. His books are sold in 150 countries and translated into 25 languages. His first novel featuring Lincoln Rhyme, The Bone Collector, was made into a major motion picture starring Denzel Washington and Angelina Jolie. He's received or been shortlisted for a number of awards around the world. A former journalist, folksinger, and attorney, he was born outside of Chicago and has a bachelor of journalism degree from the University of Missouri and a law degree from Fordham University. You ... 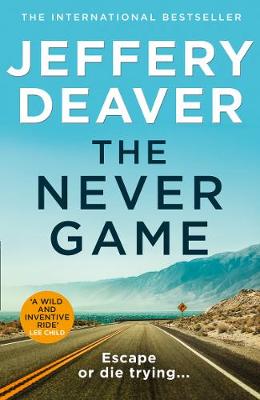 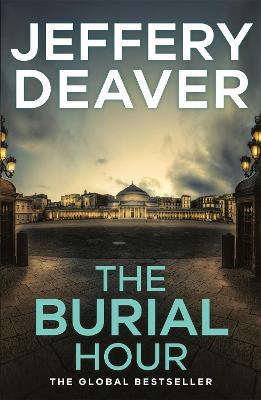