'A touching, deftly written debut that celebrates community and kindness' Sunday Times Missy Carmichael's life has become small. Grieving for a family she has lost or lost touch with, she's haunted by the echoes of her footsteps in her empty home; the sound of the radio in the dark; the tick-tick-tick of the watching clock. Spiky and defensive, Missy knows that her loneliness is all her own fault. She deserves no more than this; not after what she's done. But a chance encounter in the park with two very different women opens the door to something new. Another life beckons for Missy, if only she can be brave enough to grasp the opportunity. But seventy-nine is too late for a second chance. Isn't it? 'Bittersweet, tender, thoughtful and uplifting ... I loved it' Nina Stibbe

'Bittersweet, tender, thoughtful and uplifting. Reminds you that everyone deserves a second chance. I loved it' Nina Stibbe, Reasons to be Cheerful 'A touching, deftly written debut that celebrates community and kindness' Sunday Times 'A thought-provoking, uplifting read that is far from predictable' The Independent 'Tender, funny and thoughtful... wholeheartedly celebrates second chances and the power of friendship' Daily Express 'Moving and optimistic... will delight readers right up to the very last page' Stylist 'A beautiful story about love, loss, guilt and the power of friendship' Jill Mansell, Maybe This Time 'The most beautiful and moving book I've read in a long time' Emma Flint, Little Deaths 'A story of friendship and having a second chance at life - one to savour' Woman & Home '[A] glorious debut... simply stunning' Woman's Weekly 'A generous-hearted story showing the transformative power of friendship and community... fabulously enjoyable' Sarah Haywood, The Cactus 'A heartwarming tale of sacrifice, courage and reward - a hymn to the power of basic human kindness' Rosie Walsh, The Man Who Didn't Call 'A soulful, refreshing and tender book, written with grace, humour and empathy' Stephanie Butland, Lost for Words 'Moving but not sentimental... [a character] as complex, frustrating, vulnerable and surprising as any I've met in print' Eleanor Wasserberg, Foxlowe 'A truly uplifting 'coming-of-old novel with a subtle twist' Saga 'A heartfelt reminder of the affirmative joy of being kind to others, and to yourself' Piers Torday, The Lost Magician 'Exquisitely written and uplifting... A book to hold close when you've finished' Katy Regan, Little Big Love

Beth Morrey was inspired to write her debut novel, Saving Missy, while pushing a pram around her local park during maternity leave. Getting to know the community of dog owners, joggers, neighbours and families, she began to sow the seeds of a novel about a woman saved by the people around her, strangers who became friends. Previously Creative Director at RDF Television, Beth now writes full time. She was previously shortlisted for the Grazia-Orange First Chapter award, and had her work published in the Cambridge and Oxford May Anthologies while at university. Beth lives in London with her husband, two ... 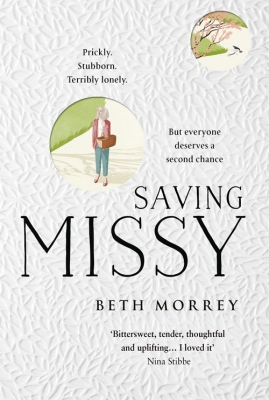 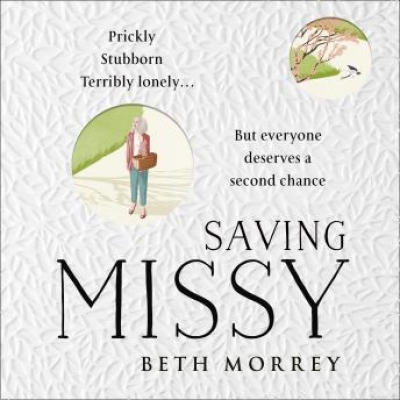 View All Books By Beth Morrey