Discover the joy and wonder of Mary Poppins in the classic adventures! The original and classic stories available now in all-new luxurious livery in time for the release of the 2018 movie. Mary Poppins is in residence in Cherry Tree Lane. You can be sure that wonderful adventures will follow, from fantastical picnics to a trip to see the Man-in-the-Moon! More than eighty years since we first met Mary Poppins, these original, classic stories are still charming readers and transporting new fans into the mysterious world of everyone's favourite magical nanny. Enjoy two stories in the fifth book in the iconic series.

Like all great children's classics Mary Poppins is frightening and sad as well as magic and very funny. The Observer Absolutely alive, and aglint with magic. Walter de la Mare

P.L. Travers was born in 1899 in Maryborough in Queensland, Australia and was one of three sisters. She worked as a secretary, a dancer and an actress, but writing was P.L.Travers's real love, and for many years she was a journalist. It was while recuperating from a serious illness that she wrote Mary Poppins to while away the days, but also to put down something that had been in my mind for a long time , she said. She received an OBE in 1977, and died in 1996. 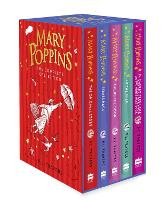 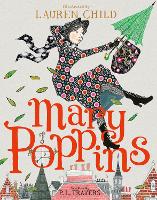