The Book of You

The Book of You Synopsis

Sunday Times top ten bestseller and Richard & Judy pick, The Book of You is a terrifying psychological thriller about obsession and power, perfect for fans of Gone Girl and The Girl on the Train. You left me no choice, Clarissa. I just want to take you home, Clarissa. I know your darkest secrets, Clarissa. Clarissa is becoming more and more frightened of her colleague, Rafe. He won't leave her alone, and he refuses to take no for an answer. He is always there. Being selected for jury service is a relief. The courtroom is a safe haven, a place where Rafe can't be. But as a violent tale of kidnap and abuse unfolds, Clarissa begins to see parallels between her own situation and that of the young woman on the witness stand. Realizing that she bears the burden of proof, Clarissa unravels the twisted, macabre fairytale that Rafe has spun around them - and discovers that the ending he envisions is more terrifying than she could have imagined.

The Book of You Press Reviews

'Any thriller that has you checking over your shoulder and peeking from behind your curtains must be gripping so hats off to Claire Kendal's hard-hitting debut THE BOOK OF YOU for doing just this' Stylist 'Both brutal and unbearably tense, THE BOOK OF YOU announces the arrival of a fierce new talent, a writer not afraid to grasp a woman's fears in stark detail and to invoke nightmares' Daily Mail 'Clever, claustrophobic and chillingly good' Good Housekeeping 'THE BOOK OF YOU starts with breathtaking brilliance and then just gets better with every page. Already my book of the year' Elizabeth Haynes (author of INTO THE DARKEST CORNER) 'Gripping with some very smart twists' Woman Magazine 'A gripping read!' Closer 'Addictive ... I literally hardly breathed as I raced to the end. It's a terrifying thriller' Samantha Hayes (author of UNTIL YOU'RE MINE) 'Creepy and compelling . what happens when the wrong guy won't take no for an answer?' Paula Daly (author of JUST WHAT KIND OF MOTHER ARE YOU?) 'Chilling, raw, and utterly addictive, THE BOOK OF YOU is the kind of psychological thriller that you will want to read in one gulp, only to find yourself terrified once the lights are off' Alafair Burke (New York Times bestselling author of IF YOU WERE HERE) 'Truly riveting' New York Times Book Review A gripping tale, well-written and cleverly plotted ... Literary Review 'Kendal's debut novel is a palpitating tale of obsession and dangerously unrequited love. Fans of Gone Girl and The Silent Wife will enjoy the delectable tension right up until the heart-stopping conclusion.' Library Journal 'Minutes after you dip into Kendal's novel you'll know what it's like to be a woman who's being stalked - and by the end, your heart will thump and your shirt will get clammy with nervous sweat.' Entertainment Weekly 'Obsession masquerades as love in British author Kendal's intimate, chilling first novel...Troubling, raw, and gripping.' Publishers Weekly

Claire Kendal was born in America and educated in England, where she has spent all of her adult life. The Book of You is her first novel, and it will be translated into over twenty languages. Claire teaches English Literature and Creative Writing, and lives in the South West with her family. She is working on her next psychological thriller. 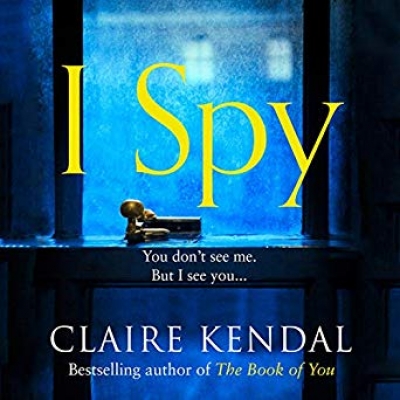 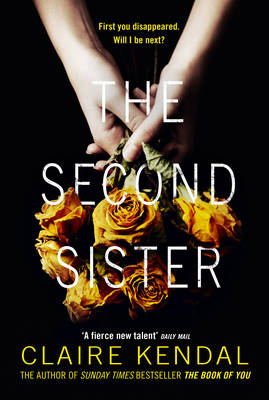