Dark, edgy and unbearably tense, this extraordinarily accomplished first novel is both a love story and a gripping psychological thriller of immense power. Debbie Sykes is a young college lecturer whose ordered life is about to be changed forever. One stormy winter's night, waiting for the late train home, Debbie is acutely aware of being alone - the woman who usually shares her evening vigil is not there. Vulnerability turns to fear, though, when she turns to see a sinister figure looming between her and the safety of the street. The next day, she hears that the missing woman has been found murdered by the man they call the Strangler, a brutal killer who dumps his victims on isolated stretches of railway track. The police renew their efforts to find the murderer before he strikes again, but how much time do they really have? When Debbie's story is publicized by an unscrupulous journalist, it seems as though the jaws of an invisible trap are beginning to close around her - strange things start to happen and the foundations of Debbie's life subtly shift. Only Rob Neave, ex-policeman and college security officer, appears aware of the danger but he is distracted by his own tragic past. The clock is ticking, and it will be midnight far sooner than anyone thinks. 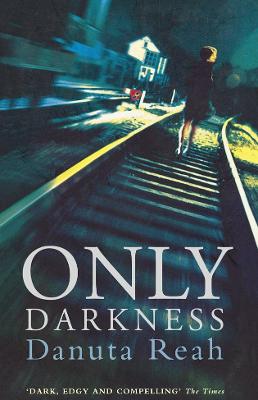 Danuta Reah is an educational consultant who has also taught creative writing. She lives in Sheffield. Only Darkness is her first novel.

View All Books By Danuta Reah