'I am going to cook you the best meal you have ever tasted in your life...' Harry Palmer to Sue Lloyd in `The Ipcress Files' 'Len was a great cook, a smashing cook. I learned a lot about food from playing Harry Palmer' Michael Caine If you look carefully at Harry Palmer's kitchen in the classic film `The Ipcress Files' you will notice a newspaper pinned on the wall. This is one of Len Deighton's classic cookstrips, the series that ran for two years when he was the Observer food writer. Because before he became famous as the thriller writer of his generation, Len Deighton had trained as a pastry chef. He was also a brilliant graphic artist (his credits include the first ever UK cover for Kerouac's `On The Road'). `The Action Cookbook' is the perfect mix of these two passions, created for the hero of his third passion. `The Action Cook Book' was once an instructional book for the bachelor male - a guide to sophisticated cooking for the would-be Harry Palmer. It now has a great following as a fabulous piece of nostalgia as well as retaining real credibility as a genuinely useful cook book. If you need to create the basic wine cellar (basic to Len Deighton - decidedly aspirational to the rest of us), or to learn how to cook full-bodied meals with a seductive touch (how could you resist brain souffle? - `brains are a very good constituent for a souffle. They are delicious fried, or in any of the piquant wine sauces'), then this is the book for you.

'How does one go about achieving some Harry Palmer style? Details first. Remember, Palmer is a gourmet, so get hold of the Len Deighton Action Cook Book .' Michael Jacovides, GQ 'Len Deighton's Action Cook Book is not a good cookbook. It is a shockingly good cookbook.' Paul Collins, Village Voice 'Cooking as I'd never seen it: fun, cheeky, male and promising the awesome prospect of sex...The taut clarity of Deighton's writing, his encyclopaedic knowledge and attention to detail...The prose reads like Dashiell Hammett channelling Brillat-Savarin.' Waitrose Food Illustrated '[Len Deighton's cookbooks] have attracted cult following for their brilliant design as much as for their comprehensive approach to cooking...his democratising, demystifying approach couldn't be more appropriate.' Guardian 'They showed the idiot novice male how to dice an onion without it falling apart; how to fine-cut parsley by rocking the blade rather than chopping it; how to saute mushrooms without them yielding the water that would turn them into a gelatinous glop.' Simon Sharma

Len Deighton was born in London in 1929. At the age of seventeen he became a photographer attached to the R.A.F. Special Investigations Branch. Following his discharge in 1949 he did a variety of jobs and in 1952 won a scholarship to the Royal College of Art. His writing career began with The Ipcress File which was a spectacular success and was made into a classic film starring Michael Caine. 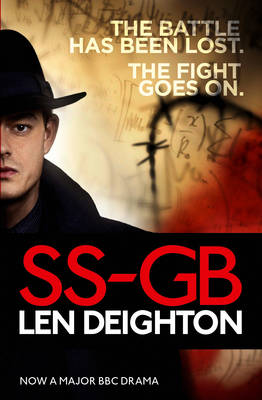