Assembled here for the first time in book form are the very best occasional writings from the winner of the Nobel Prize for Literature. A selection of the very best of Doris Lessing's essays: articles on writers as diverse as Jane Austen, Muriel Spark, Virginia Woolf, D. H. Lawrence and Mikael Bulgakov sit alongside autobiographical looks at the beliefs that have shaped Lessing's thinking. There are adoring and adorable pieces on the beloved cats that she has allowed to share her life, and insightful looks at the Africa in which she grew up, and London and England, the place where she made her home. The range of subjects, cultures and periods within these essays is huge, but the collection is utterly consistent in one key regard: Doris Lessing's clear-eyed vision and clearly expressed prose are present throughout. There is a huge amount of wisdom and entertainment in these pages, shot through with Lessing's infectiously forthright, zestful and impish spirit.

'Doris Lessing has changed the way we think about the world.' Blake Morrison 'Thank goodness for Doris Lessing. While the rest of us flounder about noisily in the muddy waters of life, she never fails to expose with startling clarity the essential folly of our dreams and good intentions.' Kate Chisholm, Evening Standard 'She's up there in the pantheon with Balzac and George Eliot. We're lucky she's still writing.' Lisa Appignanesi, Independent 'She has an extraordinary feeling for the peculiar vulnerabilities of the young and the elderly. And her portraits of human relationships are of quite staggering beauty.' Ruth Scurr, The Times

Doris Lessing is one of the most important writers of the twentieth century and was awarded the Nobel Prize for Literature 2007. Her first novel, 'The Grass is Singing', was published in 1950. Among her other celebrated novels are 'The Golden Notebook', 'The Fifth Child' and 'Memoirs of a Survivor'. She has also published two volumes of her autobiography, 'Under my Skin' and 'Walking in the Shade'. Doris Lessing died on 17 November 2013 at the age of 94. 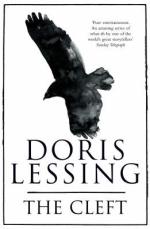 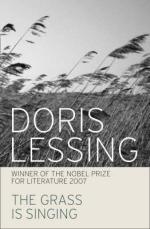