A Stir of Echoes

A Stir of Echoes Synopsis

Tom sees himself as a pragmatist, and when his brother-in-law challenges him to undergo hypnotism, he obliges to prove a point. So no one is more surprised that Tom when it works. But this cheap parlour trick unlocked something that now threatens his sanity, way of life and marriage. Suddenly he can sense his neighbours' darkest desires, and some are dark indeed. When shadows from the past and glimpses of the future are revealed to him, Tom tries to deny what's happening. But as his existence becomes increasingly unbearable, the biggest revelation of all awaits -- a message from beyond the grave. 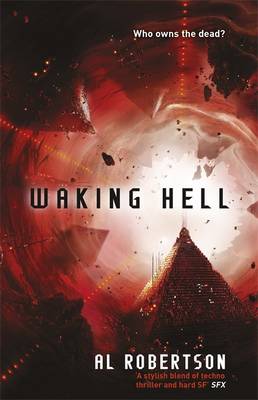 'Matheson inspires, it's as simple as that'
Brian Lumley

'Richard Matheson's ironic and iconic imagination created seminal science-fiction stories ... For me, he is in the same category as Bradbury and Asimov'
Stephen Spielberg

'His stories not only entertain, but touch the mind and heart'
Dean Koontz

Richard Matheson (1926-2013). He began publishing SF with his short story Born of Man and Woman which appeared in The Magazine of Fantasy and Science Fiction in 1950. I Am Legend  was published in 1954 and subsequently filmed as The Omega Man starring Charlton Heston. Matheson wrote the script for the film The Incredible Shrinking Man, an adaptation of his second SF novel The Shrinking Man (published in 1956). The film won a Hugo award in 1958. He wrote many screenplays (e.g. The Fall of the House of Usher) as well as episodes of The Twilight Zone. He continued to write short ...

View All Books By Richard Matheson