Bestselling John Grisham's needle-sharp writing is brilliantly on display in this detective story centring on 13 year old Theodore Boone. The son of lawyers, Theo is an expert in how the law works. It's knowledge he badly needs when he finds himself framed for a crime he didn't commit. How can Theo prove that the brand new laptops in his locker were planted? How can he find out who did it? Tautly plotted, this is a gripping story with a convincing 13 year old at its heart..

Theodore Boone is the thirteen year old who knows more about the law than most adult lawyers. He certainly never expected to be the victim of crime himself. But then his bike is vandalised, he's attacked while doing his homework and, worst of all, framed for a robbery. When stolen computer equipment turns up in Theo's school locker, the police start leaning on him hard. And he is the only suspect. What if he is found guilty? What about his dreams of becoming a lawyer? In a race against time, aided by his renegade uncle, Ike, Theo must find the real felon and reveal the true motivation behind the crimes of which he stands accused.

What To Read After Theodore Boone: The Accused 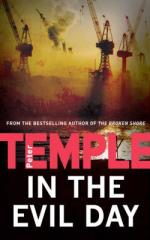 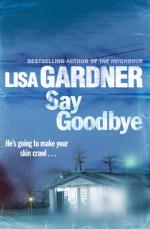 'Grisham is wise and pragmatic about the world: poor parenting, prescription drug misuse and the violent lives of drifters all feature in this fast-paced tale'
Financial Times on THEODORE BOONE: THE ABDUCTION

'Not since Nancy Drew has a nosy, crime-obsessed kid been so hard to resist.'
The New York Times

'Gripping... I would recommend this book to anyone who loves a good mystery. I think everyone will be enthralled by Theodore Boone.'
Scholastic News

'There's a new kid on the young fiction block, and this one really does have serious powers: Theodore Boone, half-boy, half-lawyer... fans will be pleased to know there will be more of Theo's adventures to come.'
Sunday Express

'If you aspire to turn your children into lawyers who will keep you in your old age, John Grisham's Theodore Boone, his first novel for young people, might be for you'. -- Sunday Times 'Contemporary lit for young readers has its icons: Harry Potter, Percy Jackson, Artemis Fowl. Make way for the new kid on the block.'
USA Today