The Impossible Life of Mary Benson

LoveReading Expert Review of The Impossible Life of Mary Benson

Married to Edward Benson -  a very “muscular Christian” who picked her out, aged 12 as his wife to be, Mary Benson lived and endured a long marriage, ending up with the status and position as wife then widow to the Archbishop of Canterbury.  Not at first glance the most fascinating of stories but add in her extraordinary high-achieving children, her own struggle with same sex relations and you have a beautifully detailed portrait of a woman trammelled by Victorian ideals.

Like for Like Reading
Constance: The Tragic and Scandalous Life of Mrs Oscar Wilde, Franny Moyle
Mrs Robinson’s Disgrace: The Private Life of a Victorian Lady, Kate Summerscale

Young Minnie Sidgwick was just twelve years old when her cousin, twenty-three-year old Edward Benson, proposed to her in 1853. Edward went on to become Archbishop of Canterbury and little Minnie - as Mary Benson - to preside a social world that ranged from Tennyson, Henry James and Oscar Wilde to foreign royalty and Queen Victoria herself. Yet Mrs Benson's most intense relationships were not with her husband and his associates, but with other women. When the Archbishop died, Mary - 'Ben' to her intimates - turned down an offer from the Queen to live at Windsor, and set up home in a Jacobean manor house with her friend Lucy Tait. The Impossible Life of Mary Benson, is the sometimes touching, sometimes hilarious, story of one lovable, brilliant woman and her trajectory through the often surprising opportunities and the remarkable limitations of a Victorian woman's life.

What To Read After The Impossible Life of Mary Benson 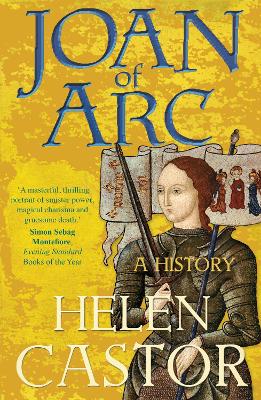 Rodney Bolt was born in South Africa. He studied at Rhodes University, where contact with Athol Fugard sparked his interest in theatre. Before leaving the country, he worked on anti-apartheid drama. His play Gandhi: Act Too won the 1980 Durban Critic Circles's Play of the Year award. For most of his adult life he has wandered in semi-exile through Europe, living in Greece, Britain, Germany and the Netherlands. In 1980, he won a scholarship to Cambridge and read English at Corpus Christi. He has run a pub theatre and is now a travel writer and novelist.   Author photo © Paul Wijdeveld

View All Books By Rodney Bolt