This title is nominated for Sunday Times, Daily Telegraph, TLS, Financial Times, Guardian, Daily Mail and Sunday Telegraph Books Of The Year. He were a dark prince, and infinitely suspicious, and his times full of secret conspiracies and troubles . (Sir Francis Bacon). In his remarkable debut, Penn vividly recreates the dark and turbulent reign of Henry VII. He traces the transformation of a young, vulnerable boy, Prince Henry, into the aggressive teenager who would become Henry VIII, and of Catherine of Aragon, his future queen. And at the book's heart is the tragic, magnetic figure of Henry VII - controlling, paranoid, avaricious, with a Machiavellian charm and will to power.

What To Read After Winter King The Dawn of Tudor England 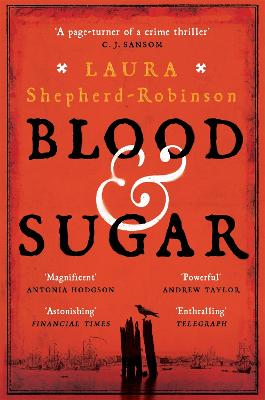 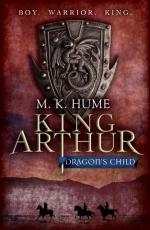 'A brilliant debut ... this impressive book will certainly become the definitive study of our strangest, most mysterious, king' -- Desmond Seward BBC History Magazine

'Stunning ... effortlessly vivid prose ... a revelation. [Penn's] focus is on the last, fear-filled decade of [Henry VII's] reign, but his sinuously coiling chapters seamlessly unfold the past as well as the present of his protagonists ... [He] has pulled off a rare feat: a brilliant and haunting evocation of the Tudor world, with irresistible echoes of the age of fear in which we now live' -- Helen Castor Telegraph

'[A] brilliant mash-up of gothic horror and political biography ... a tour de force: both scholarly and a pleasure to read, covering the breadth of the European political scene, while providing the details that allow us to feel intimately the terror at home' Spectator

'Remarkable ... Penn brilliantly recreates the sterile atmosphere suffocating Henry's England. His eye for time, circumstance and the telling anecdote is keen. Winter King offers us the fullest, deepest, most compelling insight into the warped psychology of the Tudor dynasty's founder to have appeared since Bacon wrote' Financial Times

'[Thomas Penn] is a superb teller of a tale, a reveller in dodgy deeds, a keen observer of the febrile, dissimulating characters of court and embassy, and a splendid limner of the great jousts and entertainments of the age ... with a sharp eye for detail and adroit use of a gifted historical imagination, ... he lets us hear the creak of oars and the scratch of pens, as well as the tubercular king fighting for every breath ... Vigorous and thoroughly enjoyable' Economist

'I feel like I've been waiting to read this book a long time ... a fluent and compelling account ... The level of detail is fascinating and beautifully judged ... I think that, for the first time, a writer has made me feel what contemporaries felt as Henry VII's reign drew to an end; the relief, the hope, the sudden buoyancy' -- Hilary Mantel, Author of Wolf Hall

'An exceptionally stylish literary debut. Henry VII may be the most unlikely person ever to have occupied the throne of England, and his biographers have rarely conveyed just what a weird man he was. Thomas Penn does this triumphantly, and in the process manages to place his subject in a vividly realised landscape. His book should be the first port of call for anyone trying to understand England's most flagrant usurper since William the Conqueror' -- Diarmaid Macculloch

'A definitive and accessible account of the reign of Henry VII that will alter our view not just of Henry, but of the country he dominated and corrupted, and of the dynasty he founded ... [Penn's] point is to show that this is not the merrie England of the Tudor myth, but a country forced under the rule of a new king, spied on and policed for any sign of disloyalty, and tyrannised by the use of ancient half-forgotten fines and taxes' -- Philippa Gregory Observer

Thomas Penn was born in 1974. He has a PhD in early Tudor history from Clare College, Cambridge. Winter King is his first book.

View All Books By Thomas Penn