Shadow of the Titanic The Extraordinary Stories of Those Who Survived

In the early hours of 15 April 1912, after the majestic liner Titanic had split apart and the 1,500 men, women and children struggled to stay alive in the freezing Atlantic, the sea was alive with the sound of screaming. Then, as the ship sank to the ocean floor and the passengers slowly died from hypothermia, a deathly silence settled over the sea. Yet the echoes of that night reverberated through the lives of each of the 705 survivors. Shadow of the Titanic tells the extraordinary stories of some of those who survived. Although we think we know the story of the Titanic - the famously unsinkable ship that hit an iceberg on its maiden voyage from Britain to America in April 1912 - little has been written about what happened to the survivors after the tragedy. How did the loss of the ship shape the lives of the people who survived? How did those who were saved feel about those who perished? And how did they remember that terrible night, in effect a disaster that has been likened to the destruction of a small town? Timed to coincide with the 100th anniversary of the sinking, SHADOW OF THE TITANIC will shed new light on this enduringly fascinating story by showing how the disaster continued to shape the lives of a cross-section of passengers who escaped the sinking ship.

Andrew Wilson is the author of Beautiful Shadow: A Life of Patricia Highsmith, which was shortlisted for the Whitbread Prize and won the Edgar Allan Poe Award for best biography. He has written for most of Britain's national newspapers, including The Daily Telegraph, The Guardian and the Daily Mail. He lives in London. Author photo © Johnny Ring 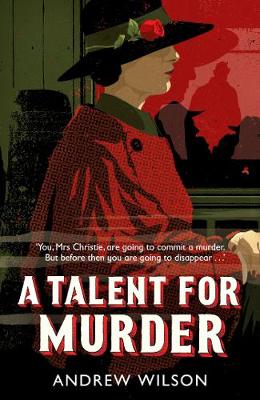