Shortlisted for the T S Eliot Prize for Poetry 2011.

Look We Have Coming to Dover!, the remarkable debut by Daljit Nagra, marked the arrival of a thrilling new voice in poetry and won the Forward Prize for Best First Collection along the way. In his, his second volume, his writing shows every bit the same verve and excitement that made his first book an unmissable event. Tippoo Sultan's Incredible White-Man-Eating Tiger Toy-Machine!!! takes its cue from the eighteenth-century automaton (a tiger savaging a British soldier) in a series of poems that begin at the throat of the old British Empire. In these vivid, real and sometimes surreal pieces, Daljit Nagra creates his own inimitable linguistic bhaji: where Shakespeare meets the Subcontinent in a range of forms from English sonnets to spectacular displays of 'bollyverse' or the tender love songs of the monsoon. The poems take their bearings from cornershops and classrooms, the strange, part-arcadian, part-hellish streets of 'Londonstan' and the places where the north of England collides with the Punjab: from Larkin to the ladoos in Raja t'Wonder Dog. Little escapes Nagra's tigerish gaze: race relations, family feuds, cultural inheritance, religious bigotry, the British honours system, Rudyard Kipling, the blurring of Kevin Keegan with Kabbadi. Comic, hard-hitting, passionate, satirical, Daljit Nagra has written a book that is as powerfully thought-provoking as it is delightful. 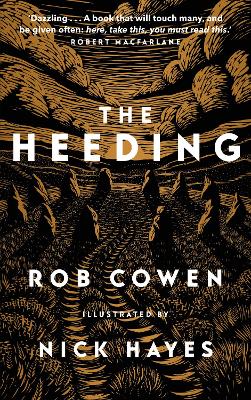 ‘[On Look We Have Coming To Dover!] These poems are crammed with incident and humour, richly observed, inventive and subtle ... this is one of the best first collections in years.’ Scotland on Sunday

‘I've always been into poetry too. I turned up at my audition for Duran Duran in 1980 - wearing pink leopard-skin trousers, I remember - armed with a book of my own compositions. I helped write many of the band's hits. My favourite poem is Singh Song! by Daljit Nagra. It's about running a corner shop in England and it's very funny.’ Simon Le Bon, Sunday Times

‘Even the title is a pick-me-up: animated, garrulous, entertaining and breaking an unwritten rule... unselfconsciously brilliant poems [that] tell a story - written in a mix of Punjabi English (or Punglish) and an adopted mother tongue. No special pleading is necessary for the wonderful, contradictory combination of broken English and runaway fluency or the sheer exuberance with which words hit the page. It is a delight: brokenness made whole.’ Kate Kellway, Observer Poetry Book of the Month

‘[Nagra's poems] do that rare thing in poetry of stretching language, making it do things it hasn't done before. It's multiculturalism at its most complex, individual and real.’ Chitra Ramaswamy, Scotland on Sunday

Daljit Nagra was born and raised in West London, then Sheffield, and currently lives in Willesden where he works in a secondary school. 'Look We Have Coming to Dover!' won the Forward Prize for Best Individual Poem 2004.

View All Books By Daljit Nagra