LoveReading View on The Other Queen

A former Author of the Month on Lovereading Philippa Gregory is back with another fantastic historical novel, this time the focus in the "other queen" Mary Queen of Scots. Gregory's books are methodically researched for spot on historical fact along with brilliant story telling. She's in a class of her own.

The Other Queen Synopsis

A dramatic novel of passion, politics and betrayal from the author of The Other Boleyn Girl. Mary, Queen of Scots, fights to regain her kingdom whilst under the guard of Queen Elizabeth's trusted accomplice, Bess of Hardwick. Mary is Queen of Scotland but she has been forced to flee her land and take refuge in an England that is ruled by her cousin Elizabeth. But England, precarious in its Protestant state, set against the mighty powers of Spain, France and Rome, doesn't need a charismatic Catholic figurehead at large. So Elizabeth's chief advisor, Cecil, devises a plan in which Mary will live under guard with his trusted accomplice: Bess of Hardwick. Bess is a self-made woman, a shrewd survivor. She is newly married to her fourth and most distinguished husband, the Earl of Shrewsbury. But what marriage can withstand the charms of Mary? Or the threat of rebellion that she always carries? Mary must wait in her privileged imprisonment for the return to Scotland and her infant son; but waiting is not the same as doing nothing! With her characteristic combination of superb storytelling and authentic historical background, Philippa Gregory brings to life this period of great change, in a riveting tale of betrayal, loyalty, politics and passion.

The Other Queen Press Reviews

'A real delight'
Woman and Home

'Philippa Gregory's novel looks at Mary Stuart and her times from a fresh and engaging angle! Above all, the book is an examination of the nature of loyalty, as well: to a spouse, to a monarch, to a family or a family name, to a religion, to political ideals and especially to one's sense of self'
Washington Post Book World Praise for

'The Constant Princess': 'One of Gregory's great strengths as a novelist is her ability to take familiar historical figures and flesh them into living breathing human beings. The Constant Princess is a worthy successor to her previous novels about the Tudors and deserves to be a bestseller.'
Daily Express

'Gregory's research is impeccable which makes her imaginative fiction all the more convincing.'
Daily Mail

'Gregory is great at conjuring a Tudor film-set of gorgeous gowns and golden-plattered dining.'
Telegraph

'The contemporary mistress of historical crime. Her novels are filled with strong, determined women who take their fate into their own hands!Gregory brings to life the sights, smells and textures of 16th-century England.'
Kate Mosse, Financial Times

'The Virgin's Lover': 'A book to lose yourself in!a simmering mixture of intrigue, lust and betrayal at the court of Elizabeth I, it breathes new life into the suspected love affair between the young queen and Robert Dudley.'
Daily Mail

'Convincing and entertaining'. Daily Telegraph 'A fascinating new take on a story we thought we knew.'
Eve

'Queen of the historical novel.'
Mail on Sunday

'The Other Boleyn Girl': 'It is a credit to Gregory that she is able to sustain interest in an epic-length tale when the ending is one of the most well-known moments in English history. The very believable dialogue and detail take you all the way into the claustrophobic privy chambers of the royal palaces!Gregory has launched herself into a popular period and produced something with that most underrated of virtues: readability.'
The Times

'This is an intelligent variation on a familiar tale [with] witty use of metaphor.'
Time Literary Supplement

'This compulsively readable novel is a wonderful account of the tudor court!This is the finest historical novel of this year.'
Daily Mail

'Gregory offers a subtle examination of the tension between profound personal faith and the dangers of imposing that faith on others.'
Jewish Quarterly

'It combines history and invention in gripping and memorable style.'
Red

'Historical fiction at its most masterly. Meticulously researched and realised and with an engaging and totally convincing heroine, The Queen's Fool invites readers to rethink their opinions of both 'Bloody'
Mary and the

'Virgin'
Queen. Superbly plotted, exquisitely written with the enviable capacity to simultaneously thrill and provoke thought, this novel is even more

'unputdownable'
than The Other Boleyn Girl 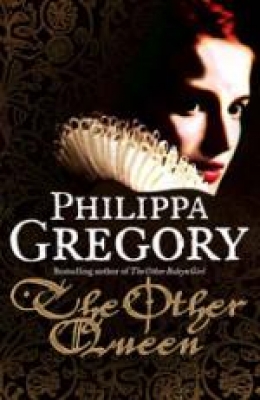 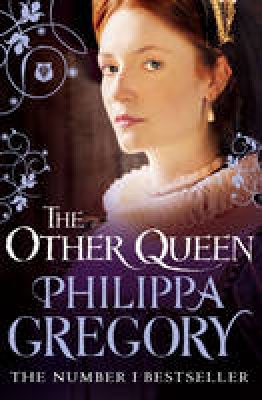