The Flowers of Evil

LoveReading Expert Review of The Flowers of Evil

Historical novels can be difficult to penetrate, especially if you have no particular interest in the time and context they are set. The Flowers of Evil, set in the crusading early twelfth century, skillfully overcomes this dilemma. First, as is relatively common, by using the present tense to help you empathise with the main character Hugh de Verdon. Second, more unusually, by bringing you back to the present time every other chapter. This clever device helps move the historical narrative along as well as introducing an interesting modern-day sub plot. Intelligently and perceptively written, The Flowers of Evil (ref. 'Fleurs du Mal' - Baudelaire) is a welcome and worthy addition to The Waste Land (ref. T.S. Eliot), Acland's debut, which we waxed lyrical about when it was published last year.  Rest assured it's well worth a read whether you're a historical fiction fan or not.

The Flowers of Evil Synopsis

The Flowers of Evil continues the adventures of Hugh de Verdon, the crusader knight introduced in The Waste Land.  It takes up his story in the early years of the twelfth century, a turbulent period when the victorious First Crusaders fought to hold on to the lands they had won in Outremer. Unfinished business from The Waste Land takes Hugh on a journey of vengeance and fulfilment to Aleppo, Damascus, Petra and Jerusalem. He battles his old adversaries Baldwin of Boulogne, now King of Jerusalem, Hasan-i Sabbah and the Assassins, and encounters the Knights Templar. Hugh's story is once again retold by the dons of St. Lazarus' College, Oxford.

What To Read After The Flowers of Evil 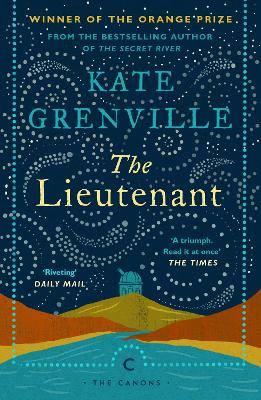 "Highly original and a most enjoyable read." Tim Waterstone

"Hugely enjoyable, engrossing and engaging from start to finish. I loved this book." Random Jotting

"To produce a good piece of historical fiction requires a delicate balancing act between credible period colour and going gloriously over the top. In The Waste Land, Simon Acland pulls this off brilliantly." Pursewarden

"This first instalment is terrific and we eagerly await the follow-up." Brothers Judd

Simon Acland spent twenty-five years as a venture capitalist backing high technology businesses. The sale of his firm in 2007 gave him the opportunity to do something completely different. The Waste Land is the product of several overlapping interests: fascination with the original twelfth century grail romances as a result of studying French at Oxford, enthusiasm for the meanings and origins of ancient myths and legends, and awe for T S Eliot's genius in blending these elements together and giving them universal meaning. His first novel also betrays his suspicion of organised religion, his interest in medieval history, and his enjoyment ...

View All Books By Simon Acland