This is the final novel in the satirical Kuwisha trilogy.  For those new to Michael Holman, if you’re a fan of Alexander McCall Smith then this is likely to be right up your street.  Full of the sights and sounds of East Africa and written in a most engaging style, Dizzy Worms is an affectionate portrait of a troubled region where local politicians, western diplomats, foreign donors, journalists all come together in a lively and entertaining story but it is also a more serious comment on a troubled part of the world.

Charity Mupanga, the resilient and maternal proprietor of Harrods International Bar (and Nightspot) faces her toughest challenge in Dizzy Worms , the final novel in Michael Holman's acclaimed trilogy set in the African slum of Kireba. Faced with a Health and Safety closure, Charity has a week to appeal and the chances of success seem negligible: elections are imminent, and Kireba is due to become a showcase of President Josiah Nduka's 'slum rehabilitation program', backed by gullible foreign donors. But before taking on Nduka and the council, she has a promise to keep - to provide a supply of her famous sweet doughballs to a small army of street children, as voracious as they are malodorous...Michael Holman uses his witty satirical pen to brilliant effect in this affectionate portrait of a troubled region, targeting local politicians, western diplomats, foreign donors and journalists, puncturing pretensions and questioning the philosophy of aid.

'This wickedly satirical novel is also a serious critique of Africa's troubled state.'
THE GUARDIAN

Michael Holman was brought up in Zimbabwe. He was Africa editor of the Financial Times from 1984 until 2002; between 1977 and 1984 he was the Financial Times’ Africa correspondent, based in Lusaka, Zambia. Michael is a respected freelance journalist and continues to travel extensively in Africa. 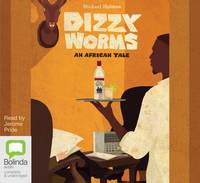 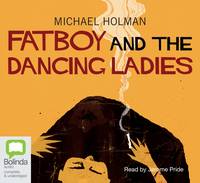 View All Books By Michael Holman