LoveReading Expert Review of And Another Thing ... Douglas Adams' Hitchhiker's Guide to the Galaxy: Part Six of Three

Eoin Colfer takes up the Douglas Adams mantle and writes the next instalment in the Hitchhiker's saga. As an author who writes his own weird and wonderful stories he is ably qualified to carry on in the footsteps of Adams and we don’t think fans of the series will be disappointed.

And Another Thing, the 6th book in the Hitchhiker’s trilogy, or rather ‘double trilogy’ as it has now become, has been written by the brilliantly funny Eoin Colfer, international number-one bestselling author of the Artemis Fowl novels. Colfer is not unaccustomed to strange going-ons and far-fetched story-lines with his celebrated Artemis Fowl novels.

And Another Thing ... will be the sixth novel in the now improbably named Hitchhiker's Guide to the Galaxy trilogy. Eight years after the death of its creator, Douglas Adams, the author's widow, Jane Belson, has given her approval for the project to be continued by the international number one bestselling children's writer, Eoin Colfer, author of the Artemis Fowl novels. Douglas Adams himself once said, 'I suspect at some point in the future I will write a sixth Hitchhiker book. Five seems to be a wrong kind of number, six is a better kind of number'. Belson said of Eoin Colfer, 'I love his books and could not think of a better person to transport Arthur, Zaphod and Marvin to pastures new.' Colfer, a fan of Hitchhiker since his schooldays, said, 'Being given the chance to write this book is like suddenly being offered the superpower of your choice. For years I have been finishing this incredible story in my head and now I have the opportunity to do it in the real world.' Prepare to be amazed... 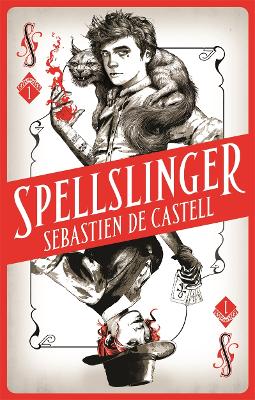 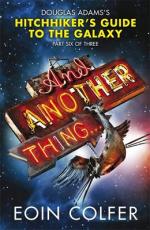 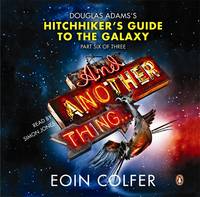