True and Outstanding Adventures of the Hunt Sisters 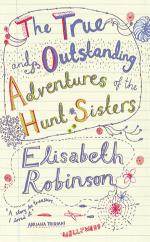 Told almost entirely in one-sided emails, a tale of sibling love and support when cancer looms and of juggling a career when the big break comes at the same time.  The format, making it a fast, easy read, never allows time for depth of emotion, but it did bring a tear to my eye.
Comparisons: Cecelia Ahern, Jane Moore.
Similar this month: Jessica Adams, Alison Bond.

True and Outstanding Adventures of the Hunt Sisters Synopsis

"I was sitting at home yesterday, working on the fourth draft of my suicide note when I got the call..."

Olivia Hunt, a Hollywood film executive with a big heart and a sharp tongue, has been fired by her imbecile boss, dumped by her boyfriend and, as if that weren't enough, has just discovered evidence of a moustache growing above her lip: who wouldn't be putting the finishing touches on their last words? But when Olivia learns that her sister's life is in grave danger, she takes the next plane home to Ohio.

There she finds her father drinking too much, her mother wringing her hands and, at the centre of the storm, her defiant, buoyant younger sister. Maddie has always driven Olivia crazy. Idealistic and family-oriented, she is as optimistic as Olivia is pessimistic. Even now, when the odds aren't good, Maddie never doubts she'll beat them. Is her wild hope just a delusion? Or the very thing that could save her life - and possibly Olivia's?

Just as Maddie's condition worsens, the movie Olivia has been trying to produce is finally green-lit. And as every day a new crisis threatens to derail the production, Olivia's life becomes a patchwork of tragedy and comedy as she races between her sister's bedside and the riotous perils of Hollywood movie-making.

Through it all she longs for the man she loved - and lost; a complicated artist who left one day, without a word. Olivia reaches out to him again, and ultimately is faced with a choice that will define who she is: can they begin again or must they finally let each other go?

With great affection and humour, The True & Outstanding Adventures of the Hunt Sisters introduces two young women whose thirst for life will amuse, infuriate and inspire right up to the last unforgettable scene. 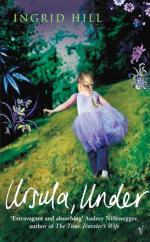 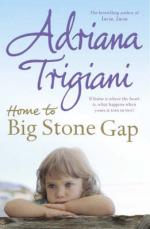 Elisabeth Robinson is an independent producer and screenwriter whose film credits include the award-winning films BRAVEHEART and LAST ORDERS. This is her first novel. She lives in New York.