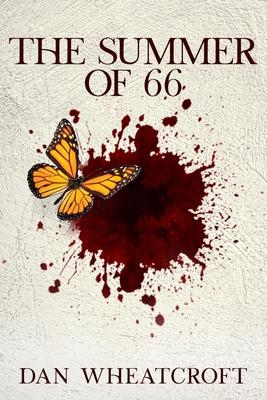 LoveReading Expert Review of The Summer of 66

‘Summer of 66’ is a succinct and easy to read mystery, a story that can be read while enjoying a cup of tea and Jammie Dodgers with the rest of the team.

A 60’s Spy novel set in the shadows of England’s historic World Cup win. ‘Summer of 66’ by Dan Wheatcroft has everything you would expect from a spy novel set in the 60s, a flippant and womanising male lead in Gally, cold war tensions and espionage. After his philandering ways lands Special Branch Detective Constable John Gallagher in hot water with his division, he is sent out of the way to join the British Home Office Statistical Unit. But this is more than a punishment placement, and soon Gally is embroiled in the investigation of the apparent suicides of government cryptologists. Also described as a prequel to the ‘Leveller’ series, I think that ‘Summer of 66’ is a good jumping off point. I didn’t feel I was missing out because I hadn’t read any of the ‘Leveller’ books. The main character is dynamic and quickly becomes an integral part of the Room 3 team. His consistent self-assurance lets the reader know that the events in the plot will be swiftly resolved. The football tournament, although not integral to the plot, creates some context and fleshes out the setting of the story, while also providing cover for the Room 3 team while the nation’s mind is elsewhere. ‘Summer of 66’ is a succinct and easy to read mystery, a story that can be read while enjoying a cup of tea and Jammie Dodgers with the rest of the team. Fans of the book will have more ‘John Gallagher’ books to look forward to, as well as the ‘Leveller’ series to enjoy.

The Summer of 66 Synopsis

Special Branch Detective Constable John Gallagher is seconded to a British Home Office Statistical Unit for what he considers a minor violation of trust. He's not well pleased; he knows nothing of statistics and had been hoping for a much less boring end to his year. To this very day, the summer of 1966 is revered by all of England as the year the Jules Rimet World Cup trophy came back to the home of football but behind all the excitement another, deadlier, game was being played, one with much more serious consequences. John Gallagher has disgraced himself. His inability to resist an open invitation for sex has led him to be posted to what he thinks is simply a Home Office stats unit. He sees it as a punishment posting but there’s another reason. He has an analytical mind. During the previous two years, a handful of cryptologists engaged in formulating a new Government super code have been succumbing to the pressure and committing suicide. Publicly, none of them have been connected nor has their role been disclosed; just another ‘column’ in the press online to be noted and quickly forgotten. Behind the scenes, the statistical unit otherwise known to those in the know as ‘Room Three’ believe a Soviet backed ‘sleeper’ team have been activated and are responsible. Identifying the presence of three officials of Stasi Foreign Intelligence, posing as members of the Polish Embassy, starts a cat and mouse game as it becomes apparent that there may be more than one team of sleepers in play. Interspersed with England’s progress to the finals of the coveted World Cup, Gallagher and the small team of Room Three operatives, having identified the intended final victim, discover their suspects are about to flee the country and know that the weekend of the cup final is everyone’s last chance to successfully complete their missions. As England fight their way to a win, Gallagher finds himself rolling around undergrowth in a distant forest whilst attempting to protect his charge with just a two inch revolver and 18 bullets.

What To Read After The Summer of 66 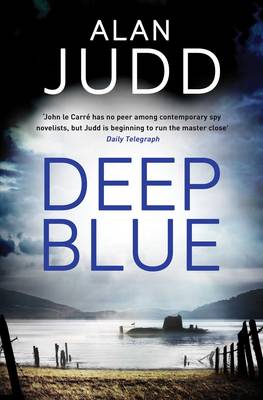 View All Books By Dan Wheatcroft