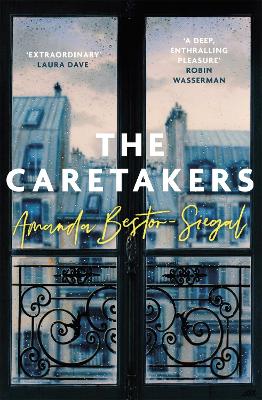 LoveReading Expert Review of The Caretakers

Set in Paris in the wake of the 2015 terrorist attacks, this absorbing debut tells a thought-provoking tale of privilege, class, fractured families, and tragedy.

Haunting and compelling, Amanda Bestor-Siegal’s The Caretakers unveils the secrets of the inhabitants of a wealthy Paris suburb, with the spectre of the 2015 terrorist attacks as a backdrop, and the unthinkably tragic death of a child at home at its heart.

We’re introduced to the set of characters when a young American au pair is arrested on suspicion of killing one of the children in her care. Her host family live in an affluent suburb on the edge of Paris, where hiring an au pair is pretty much de rigueur, where cracks glint beneath the polished veneer.

Both the wealthy women and au pairs lay bare complex issues around class, privilege, coming-of-age and midlife shifts on both sides of the Atlantic as the novel slips in time and place to reveal the events that led to the au pair’s arrest. Revenge is exacted in the form of affairs. People hide secrets of their past. These are a collection of lost, lonely souls, with their backstories adding further depth, among them a story of Czech immigrants in the US, and a French woman hiding her provincial past.

Exuding the enthralling pace of a thriller and the emotional depth of a literary family drama, The Caretakers is a thoroughly thought-provoking, un-put-down-able read.

In a smart Parisian suburb, in the wake of the Paris 2015 terrorist attacks, an au pair is arrested after the sudden and suspicious death of her nine-year-old charge...

The truth behind what happened is unravelled through six women: Geraldine, a heartbroken French teacher who struggles to connect with her vulnerable students; Lou, an incompetent au pair fired by the family next door; Charlotte, a chilly socialite and reluctant mother; Holly, an anxious au pair who yearns to feel at home in Paris; Nathalie, an isolated French teenager desperate for her mother's attention; and finally, Alena, the au pair accused of killing a child.

All of them play a part in nine-year-old Julien's death...

For fans of Celeste Ng's Everything I Never Told You and Liane Moriarty's Big Little Lies, The Caretakers is a compulsive and gripping read about who takes care of children, the yearning for belonging that extends beyond the homes left behind, and issues of identity, privilege, and class in both American and French culture.

What To Read After The Caretakers 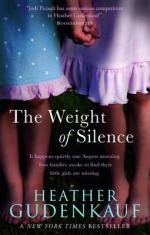 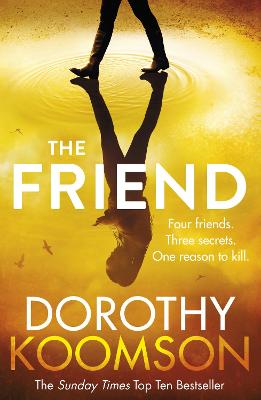 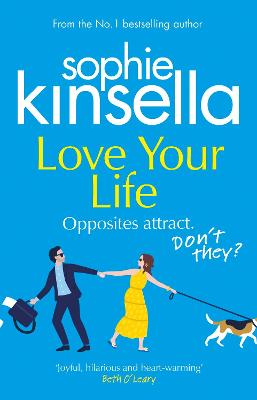 Amanda Bestor-Siegal's emotionally riveting debut novel focuses on several dynamic women in a wealthy suburb of Paris and a tragic event that changes their lives. Bestor-Siegal had me at Paris and she never let go. The Caretakers is extraordinary - Laura Dave, #1 New York Times bestselling author of The Last Thing He Told Me

The Caretakers is a deep, enthralling pleasure, as wise as it is lovely. I read it voraciously, desperate to discover the fates of its unforgettable characters - but also with a deep regret that each page was bringing me closer to the end. I could have happily luxuriated in its words and world forever. It defies belief that this is a debut novel: it is magnificent - Robin Wasserman, author of Girls on Fire and Mother Daughter Widow Wife

Tender, brutal, frightening, captivating, The Caretakers is a novel about child care and abandonment that is as beautifully complicated as parenting itself. Amanda Bestor-Siegal opens for us the bloody heart of the contemporary family and exposes its darkest chambers - the loneliness, the longing, the love - to the light - Julia Phillips, National Book Award finalist and bestselling author of Disappearing Earth

How rare this is, a book - a first book - that has it all. The Caretakers is thrilling and deeply moving, gorgeously written and intricately plotted, morally complex and surprising and sweeping and intimate, with some of the most indelible and heart-breaking characters I have ever encountered in a novel. It's a bold and brilliant book - Elizabeth McCracken, author of Bowlaway and The Souvenir Museum

This is going to be one of the big book club books of 2022. I cannot stress enough how bewitching I found this brilliantly plotted novel about au pairs in Paris. If you enjoyed Big Little Lies, you will doubly love this novel! . . . It is an intricate tale of six women searching for happiness and love, and working hard for their families and to achieve their dreams. Some are running from their past, some are trying to find their way, and some are stuck in the present. We hear from three au pairs, as well as the mother of the child who died, his older sister, and the woman who teaches French to the au pairs. It's an absolutely stunning debut novel about class and identity, and so expertly executed. It's devastating and captivating - Book Riot