The Madness of Grief

"In this beautifully honest chronicle of personal loss, Coles charts the ebbs and flows of grief and bereavement, from the small, daily details to the huge, overwhelming emotions."

The inescapable truth of life, of all life, is that it ends. It is argued that some societies deal with this inevitability better than others, but the pain, the loss and as Coles puts it, the madness, are universal.

In December 2019, Reverend Richard, variously a member of Bronski Beat, The Communards, the BBC and a man of the cloth, lost his beloved partner, David. It was unexpected. It was a shock.

While it might be reasonably assumed that a ‘death professional,’ as Coles has described himself, might be prepared for such a personal tragedy, the reverse is true.

As he charts the administration, the ‘sadmin,’ required to deal with the formalities of death, Coles’ chronicles the emotions that flood and drive him, from the weirdness of midnight shopping for no matter what (and ending up with three sorts of parmesan) to the awful realisation that the loss of his partner is also the loss of their planned future.

In “The Madness of Grief” Coles runs his hand along the grain of grief and documents every knot and splinter. What he has written is such an evisceratingly eloquent account of personal anguish, rich with honesty, pathos and yes, humour, that it is in fact a universal hymn to bereavement that will resonate with each and every reader. It marks Coles out as the C.S. Lewis of - and for - our times.

The LoveReading LitFest invited Rev Richard Coles to the festival to talk about this wonderful book.

The Madness of Grief Synopsis

Whether it is pastoral care for the bereaved, discussions about the afterlife, or being called out to perform the last rites, death is part of the Reverend Richard Coles's life and work. But when his partner the Reverend David Coles died, shortly before Christmas in 2019, much about death took Coles by surprise. For one thing, David's death at the early age of forty-three was unexpected.

The man that so often assists others to examine life's moral questions now found himself in need of help. He began to look to others for guidance to steer him through his grief. The flock was leading the shepherd. Much about grief surprised him: the volume of 'sadmin' you have to do when someone dies, how much harder it is travelling for work alone, even the pain of typing a text message to your partner - then realising you are alone.

The Reverend Richard Coles's deeply personal account of life after grief will resonate, unforgettably, with anyone who has lost a loved one.

This is not a self-help book on how to cope with death and loss, it is an honest, raw and personal account of a man's descent into the Madness of Grief. Richard provides a frank account of the trials and tribulations he endured during the weeks between the death and the funeral of the man he loved. Funny, sad, touching and thought provoking, it reminds us that grief has no normality, no time limit and most importantly, no rules. ? Professor Dame Sue Black, author of All that Remains and Written in Bone

This is a book that captures brilliantly, beautifully, bravely the comedy as well as the tragedy of bereavement. The Madness of Grief is simultaneously heartwarming and heartbreaking, painful and strangely comforting as it confronts the reality of what happens to us all in the end. -- Rachel Sylvester ? THE TIMES

Bold, intimate writing... The Madness of Grief is not a manual for the bereaved, but as a vivid account of how it feels when the world suddenly falls away, it performs another kind of service. -- Victoria Segal ? THE SUNDAY TIMES

The Reverend Richard Coles is the presenter of SATURDAY LIVE on BBC Radio 4. He is also the only vicar in Britain to have had a number-one hit single and appeared on STRICTLY COME DANCING. He read Theology at King's College London, and after ordination worked as a curate in Lincolnshire and subsequently at St Paul's Church in Knightsbridge, London. He is the author of LIVES OF THE IMPROBABLE SAINTS and two memoirs, the bestselling FATHOMLESS RICHES and BRINGING IN THE SHEAVES (both W&N). He presents 'Saturday Morning Live' on BBC Radio 4 and lives in his parish of Finedon, Northamptonshire. www.richardcoles.com www.twitter.com/RevRichardColes

More About Reverend Richard Coles
Add To Wishlist
Buy from our bookstore and 25% of the cover price will be given to a school of your choice to buy more books.

A Manual for Heartache

ARTIST: Awakening the Spirit Within 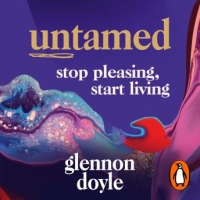