The City of Tears

LoveReading View on The City of Tears

If you know anything about Kate Mosse’s historical fictions it will be that she turns excellent, diligent research into beautifully crafted narratives, weaving enduring characters, especially resourceful, admirable women, into crafted, driven stories that truly resonate.

Never was this more true than with The City of Tears, a multi-faceted tour de force that encompasses the Huguenot displacement, the Medici, murders and massacres, weddings and weeping and so much more.

That it sweeps across the centuries and from South Africa to France and Holland, gives this utterly immersive novel a sense of pace and drive that at times leaves the reader breathless with admiration and full of anticipation for what is yet to come.

Mosse is at heart a truly gifted storyteller, one who fully understands what stories can do, and what they are for. She is also one of the finest creators of unforgettable characters, instantly identifiable to the reader and who, in this book, carry the weight of history on their shoulders.

There is also in this work a sneaky analysis of the role of fake news, truths and untruths and how Governments manipulate narratives for their own ends, which gives the story a very timely, and very current freshness to it, seeming to say that “there is nothing new under the sun.”

If you like your history to be threaded with secrets, treasure and treachery then this is a real treat.

The LoveReading LitFest invited Kate to the festival to treat us to a world exclusive reading of the opening chapter of The City of Tears.

Go and find out more about accessing this and tons more content, with new events appearing every single week, all year round.

The City of Tears Synopsis

June 1572: for ten, violent years the Wars of Religion have raged across France. Neighbours have become enemies, countless lives have been lost, the country has been torn apart over matters of religion, citizenship and sovereignty. But now a precarious peace is in the balance: a royal wedding has been negotiated by Catherine de' Medici and Jeanne d'Albret, an alliance between the Catholic Crown and Henri, the Huguenot king of Navarre. It is a marriage that could see France reunited at last. Meanwhile in Puivert, an invitation has arrived for Minou Joubert and her family to attend this historic wedding in Paris in August. But what Minou does not know is that the Joubert family's oldest enemy, Vidal, will also be there. Nor that, within days of the marriage, on the eve of the Feast Day of St Bartholomew's, Minou's family will be scattered to the four winds and one of her beloved children will have disappeared without trace . . .

A breath-taking novel of revenge, persecution and loss, sweeping from Paris and Chartres to the City of Tears itself - the great refugee city of Amsterdam - this is a story of one family's fight to stay together, to survive and to find each other, against the devastating tides of history . . . 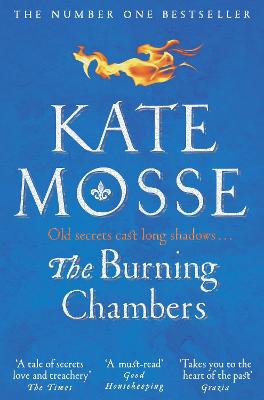