The Power of Us

LoveReading View on The Power of Us

‘The Power of Us’ depicts a powerfully passionate relationship between Cassidy and Harly. Cassidy has always dreamed of becoming an internet at one of the most successful newspapers in New York, The Artefact. Harly is a publisher at said newspaper and comes to Cassidy’s class at Columbia University to offer an exciting opportunity. Now that the two character’s paths have crossed, what begins is a turbulent relationship with plenty of bumps in the road.

The first book in a Duology, ‘The Power of Us’ is a so-called NA (new adult) romance. I liked the characterisation of both Cassidy and Harly, and being able to see the story from both their perspectives endear me to the couple. Cassidy is introduced as an open book that you are endeared to immediately, whereas there are more questions surrounding Harly’s past that kept me intrigued and needing to read on to find out more about.

I would say that the tropes in this book aren’t new - the younger “innocent” woman meets and almost miraculously mystifies the man with status and confidence - but I think that the plot is well-written and would be readily enjoyed by fans of New-Gen or NA romance fans. I was eager to read on, and would be interested in reading the next book in this duology.

The Power of Us Synopsis

The Power of Us is the first installment of the Us Duology.

This steamy, NA Romance, told from both Cassidy and Harly's points of view, allows the reader to experience emotions and thoughts from two vastly different characters.

Cassidy and Harly's journey is filled with emotional struggles, but there's no denying that these two are stronger together.

Life has a way of testing us, pushing us, and sometimes even breaking us. Love has a way of sewing us back together - if we're brave enough to allow it.

Cassidy Knite is a young, naive journalist student with a childhood aspiration of interning at The Artefact - one of New York's most successful newspapers.

This becomes reality when Harly Ashbey, publisher for her dream newspaper, presents an opportunity to Cassidy's class. Their attraction is undeniable, and for the first time in his life, Harly ignores the powerful voice of guilt he secretly battles with.

But nothing is ever easy, at least not for these two.

With Cassidy's self-doubt, unwanted advances and Harly's disapproving mother, their passionate journey is turbulent. A rollercoaster of events and a whirlwind of drama sweep these lovers into a scandal that could break them.

Friendships are tested and tempers erupt.

Is their love powerful enough to sustain it all? 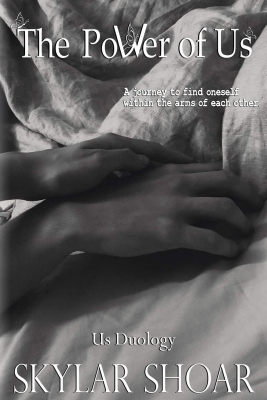