The Classic Adventures of Paddington

LoveReading View on The Classic Adventures of Paddington

To celebrate the enduring popularity of the bear from Darkest Peru, this is a very special treasury complete with slipcase which brings together eleven of the original Paddington stories delicately illustrated by Peggy Fortnum.  It makes an exquisite keepsake gift to be treasured.

The Classic Adventures of Paddington Synopsis

Paddington Bear has been delighting adults and children alike with his earnest good intentions and humorous misadventures for over fifty years. This beautiful slipcase edition features 11 complete and unabridged Paddington Bear stories of the bear who was found by Brown family on Paddington station. Since then their lives have never been quite the same...for things just seem to happen to Paddington. Wherever there is excitement to be found, a flooded bathroom, menacing dumplings, or a bear overboard, Paddington is never far from the scene...

Paddington will come to our cinema screens in time for Christmas 2014.  David Heyman, best known for his work with Harry Potter, will produce  this major new release which sees Nicole Kidman join a stellar British cast including Hugh Bonneville, Peter Capaldi and Sally Hawkins.  See the trailer on www.paddington.com 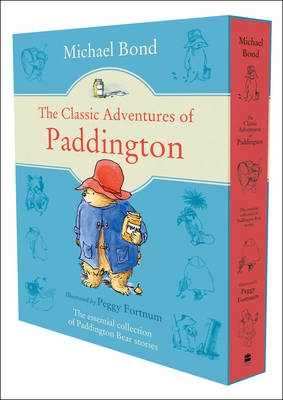 Author of over one hundred books, many of them for children, Michael Bond was born in Newbury, Berkshire, in 1926, but he grew up in Reading. On leaving school at the age of fourteen, he spent a year in a lawyers’ office before joining the BBC as an engineer. During the war he served with both the RAF and the army, and it was in 1947, while stationed in Cairo, that he wrote his first short story. Its acceptance by London Opinion sowed the seeds of a future career, but before becoming a full-time writer he was to spend many happy ... 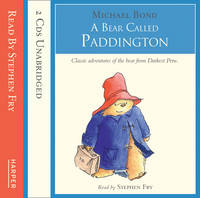 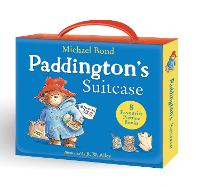 View All Books By Michael Bond