The Eye Of The World

Part of the Wheel of Time Series

LoveReading View on The Eye Of The World

An epic fantasy series that I started reading in 1990 when the first book was published. Like all good fantasy series, this feels compellingly real. Highly recommended.

Books in The Wheel of Time Series:

5. The Fires of Heaven

7. A Crown of Swords

8. The Path of Daggers

The Eye Of The World Synopsis

'Epic in every sense' - Sunday Times The first novel in the Wheel of Time series - one of the most influential and popular fantasy epics ever published. The Wheel of Time turns and Ages come and pass, leaving memories that become legend. Legend fades to myth and even myth is long forgotten when the Age that gave it birth returns again. But one truth remains, and what mortal men forget, the Aes Sedai do not . . . What was, what will be, and what is, may yet fall under the shadow. 'With the Wheel of Time, Jordan has come to dominate the world that Tolkien began to reveal' New York Times 'A fantasy phenomenon' SFX The Wheel of Time The Eye of the World The Great Hunt The Dragon Reborn The Shadow Rising The Fires of Heaven Lord of Chaos A Crown of Swords The Path of Daggers Winter's Heart Crossroads of Twilight Knife of Dreams The Gathering Storm Towers of Midnight A Memory of Light New Spring (prequel)

The Eye Of The World Press Reviews

With the Wheel of Time, Jordan has come to dominate the world that Tolkien began to reveal - New York Times

Epic in every sense - Sunday Times 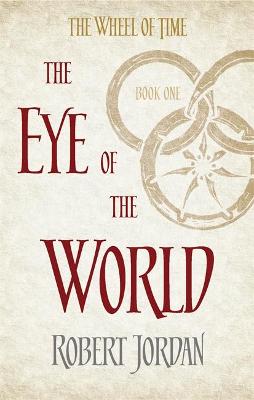 Robert Jordan was born in 1948 in Charleston. He was a graduate of the Citadel, the Military College of South Carolina, with a degree in physics, and served two tours in Vietnam. His hobbies included hunting, fishing, sailing, poker, chess, pool and pipe collecting. He died in September 2007.

View All Books By Robert Jordan