Part of the The West Country Trilogy Series

LoveReading View on The Redeemed

An absolutely exquisite moment in reading time, and one to cherish. Concentrating on Leo and Lottie, from the world at war in 1916 to survival beyond, this is the last in the ‘West Country Trilogy’, however, The Redeemed can easily be read as standalone as I’ve stepped straight into the final book and adored it. I will admit that I do desperately want to read the first two now, and believe I will be able to do so without feeling as though I have missed out on the reading journey. Tim Pears writes with wonderful clarity, small details create a fully painted picture, every word matters and is perfectly placed. Life on board the battlecruiser came to stark realistic life while back in the West Country the farming community committed to the cycle of life. Leo and Lottie live in their moment, in their time, yet their story feels gracefully ageless and everlasting. With joy and heartache waiting to be discovered The Redeemed is an eloquent, gorgeous and fully satisfying read, it is quite simply, beautiful.

SHORTLISTED FOR THE WALTER SCOTT PRIZE 2020

A love divided. A world torn in two. A return. A redemption.

It is 1916. Lottie Prideaux rides the winding lanes of her childhood on her motorcycle, defying the expectations of her class and sex as she trains to be a vet. Meanwhile young Leo Sercombe finds himself a long way from home, hauling coal aboard the HMS Queen Mary in the middle of the ocean. Here life is raw, bloody and vivid, with death never more than a heartbeat away.

As Leo and Lottie wander in this strange and brave new world, and as war, loss, violence and betrayal conspire to tear asunder the ties that bind the past, present and future together, can even the most fated of returns - and redemptions - hope to come to pass?

Praise for the West Country Trilogy: 'A gorgeously hypnotic paean to rural England ... Peppered with moments of awestruck wonder at the natural world -- Melissa Harrison - Guardian

This intelligent and moving evocation of life on a country estate just before the First World War is both down-to-earth and magical. There are faint echoes of Alain Fournier's masterpiece Le Grand Meaulnes, and there's no higher praise -- Allan Massie - Sunday Herald, Books of the Year

Tim Pears deserves a place among the best rural writers ... Pears is an exemplary historical novelist with a Romantic eye for nature, and this heady walk through the forgotten lanes of England thrums with life. His unsentimental handling of rural poverty precludes any chocolate boxery, yet his evocation of the land's sounds, smells and tastes are a match for any of the great scribes of the countryside -- Melissa Katsoulis - The Times

His prose is luminous, drawing in the reader ... Pears' fiction has been likened to Thomas Hardy's, and the comparison is apposite. As a coming-of-age novel, it is wise and insightful ... And as a portrayal of rural Edwardian England, it is powerful, vivid and humane -- Hannah Beckerman - Observer

A classic ... Leo and Lottie step out into the world, and twentieth century rushes up to greet them ... Knotty and nuanced - Times Literary Supplement

Clear-sighted storytellers in the tradition of Rosalind Belben and Flora Thompson (and H. E. Bates, when he was writing about poachers rather than Larkins) know that real life in the country is bursting with politics, mystery, sex and death, and all you need to do is describe it beautifully and carefully. Only a few authors are talented or brave enough to do that, and Pears, in his maturity, is one of them ... As a testament to a forgotten generation of countrymen it is unsurpassed and it goes very nicely indeed with a dark night, rain on the windowpane and a cosy armchair -- Melissa Katsoulis - The Times

His lyrical but unsentimental portrait of a long-lost rural world, and the characters who are shaped by it, is affecting -- Nick Rennison - Sunday Times

Pears's sumptuous but scrupulous descriptions of the countryside are as evocative as Robert Macfarlane's nature writing and as delicious to savour ... The final part of this moving, absorbing odyssey cannot arrive quickly enough - Metro

A triumph ... creates clear-eyed portraits of a lost way of life, and of a people whose traditions were disregarded throughout most of the 20th century ... Country life used to be populated by these eccentric gypsies, pagans and mystics. The Wanderers invites them into our imaginations once again - Glasgow Sunday Herald

The pleasure of it lies in taking in the language and the setting - the West country, in 1911 and 1912 - and in reading it like a long poem, with each chapter a stanza -- Jane Smiley - Guardian

An assured, slow-burn, lyrical book, a rewarding read in our troubled times - Herald

With hypnotic lyricism, Pears describes this bucolic Devon world and the people who inhabit it, all of them secure in the knowledge of their place in the grand scheme of things ... [A] paean to the pastoral - Mail on Sunday

An exhilarating vision, a bittersweet elegy for the innocent certainties of an agrarian world before the industrialised horrors of the 20th century come crashing down - Irish Times 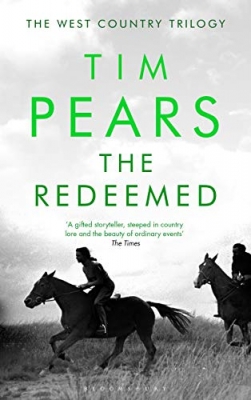 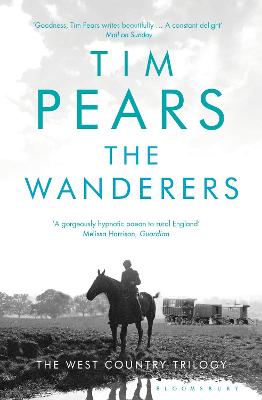 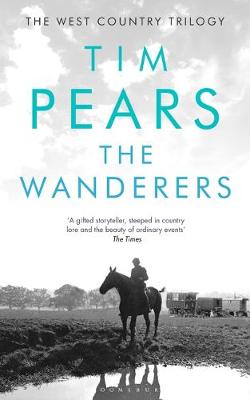