In 2001 Heidi was viciously attacked and left with no memory of what happened to her missing sister, Anna, and murdered best friend, Nina. Skip forward to 2016 (the plot flips between these two timeframes throughout), and when Heidi starts to recall fragments of what happened, she contacts Denise, a detective who worked on the case. To Denise, back in 2001, “this case, more than any other, has challenged her general goodwill towards her fellow man. And even though the perpetrator has remained anonymous, she has, over the months, grown to hate him with a passion.”

There’s a creeping, bristling tension as Denise picks up the case and Heidi reconnects with Nina’s family. More memories emerge, along with signs of police cover-ups and corruption, and an increasing sense of danger. Heidi’s sense of survivor’s guilt is profoundly affecting, as is the portrayal of abusive male coercion. Interestingly the author has given a similar tone of voice to the different narrative strands, which means there’s a strong sense of her all-seeing perspective despite the novel’s separate first-person accounts. All in all, an accomplished crime thriller debut that’s as thought-provoking as it is page-turning.

What if you knew the truth but couldn’t remember?

Over a decade ago, Heidi was the victim of a brutal attack that left her hospitalised, her younger sister missing and her best friend dead. But Heidi doesn’t remember any of that. She’s lived her life since then with little memory of her friends and family and no recollection of the crime. 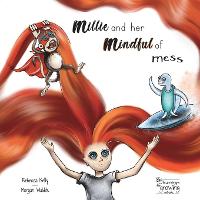 View All Books By Rebecca Kelly